Four people died, 52 were arrested, and 14 DC Police officers were injured as pro-Trump rioters invaded Capitol Hill Wednesday afternoon, to the MPD. Two pipe bombs were discovered, one in the DNC building, the other in the RNC.

The riots followed a rally conducted by President Donald Trump outside the White House, as Congress was about to convene in a joint session to count the electoral votes and debate the objections of Republican lawmakers to certifying the votes from six swing states which gave President-elect Joe Biden the victory. The president reiterated his claims that the election was rigged and expressed his hope that Vice President Mike Pence, who chaired the session alongside Speaker Nancy Pelosi, would “do the right thing,” because “We’re supposed to protect our country, support our country, support our Constitution, and protect our Constitution.” Trump then called on his supporters to march on the Capitol, two miles away, telling them, “I’ll be with you.”

A short while later, around 2 PM, some Trump’s supporters stormed the Capitol grounds and less than an hour later broke into the Capitol Building and rushed into various chambers as lawmakers were being whisked away to shelter by the secret service and Capitol police.

One woman was shot and killed by police inside the Capitol building. The other three, one woman and two men, died of medical emergencies and not by police, according to DC Police.

According to the Associated Press, around 5 PM, Police used tear gas and percussion grenades to begin clearing protesters from the US Capitol grounds.

At 2:38 PM local time, President Trump tweeted: “Please support our Capitol Police and Law Enforcement. They are truly on the side of our Country. Stay peaceful!” He followed at 3:13 PM: “I am asking for everyone at the U.S. Capitol to remain peaceful. No violence! Remember, WE are the Party of Law & Order – respect the Law and our great men and women in Blue. Thank you!” 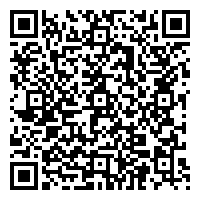