Fifty Jewish, civil rights and education advocacy groups on Wednesday wrote to University of California Irvine (UCI) Chancellor Howard Gillman demanding he publicly address the latest in a slew of disruptions of pro-Israel events on campus within the framework of the UC Regents’ Statement of Principles Against Intolerance, which Chancellor Gillman had committed to implementing last year.

On May 10, forty members of Students for Justice in Palestine (SJP) entered a Students Supporting Israel (SSI) event featuring five Israel Defense Forces (IDF) reservists and broke into loud, sustained chants, purposely making it impossible for the event to continue.  The reservists and audience members had to be escorted out of the building by campus police for their safety.  A video excerpt of the disruption from footage by a UCI faculty member, can be viewed here.


“[I]t has been more than one month since the incident in question, and not only have the students who perpetrated this harassment not been disciplined, nor their student groups sanctioned, your office has yet to even issue a public condemnation of SJP’s egregiously intolerant behavior,” wrote the groups in the letter coordinated by AMCHA Initiative.  “[A]ny student group whose members have openly stated their commitment to shutting down the freedom of expression of other students on campus and have carried out their malicious intentions on multiple occasions should not be allowed to operate freely at UCI.”

May 18, 2016: Jewish and pro-Israel students had to be escorted by campus police from the room in which an Israel-themed film, Beneath the Helmut, was being screened, after an angry mob of protestors stood right outside the event, loudly chanting, pounding on the room’s door and preventing students from entering and exiting.

April 23, 2015: An Anteaters for Israel event was disrupted by protesters who chanted loudly to drown out the event and blocked the walkway leading to the event.

May 8, 2014: Members of anti-Zionist student groups assaulted three female Jewish students and pushed others away from information booths at a pro-Israel event.

“For four years in a row now, members of Students for Justice in Palestine and other anti-Zionist groups have been permitted to intentionally and successfully disrupt a student-organized, pro-Israel event,” wrote the groups. “None of these incidents was spontaneous.  Rather, the disruptions and attempted shut-downs of pro-Israel events were carefully planned by members of anti-Zionist student groups, particularly SJP, as part of an ideologically motivated campaign to suppress any and all Zionist or pro-Israel expression on campus.”

Noting UCI’s commitment to implement the Regents Principles Against Intolerance after last year’s disruption, the groups emphasized, “Your failure to adequately address this most obvious case of intolerant behavior is deeply troubling and suggests that your plan for implementing the Regents’ Principles may also be inadequate.  We therefore ask you to tell us how UCI’s current plan for implementing the Regents Principles Against Intolerance will adequately address the current incident and ensure that Jewish students, and all students, are protected now and in the future from intolerant behavior which denies them freedom of expression and the right to fully participate in campus life.”

Letters raising concern and frustration with Gillman’s handling of the disruption have also been sent by Hillel International; Louis D. Brandeis Center for Human Rights Under Law and StandWithUs; Students Supporting Israel along with other groups  and the Zionist Organization of America. 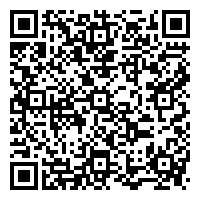