Just a week after 40,000 New Yorkers marched up Fifth Avenue to show their support for the State of Israel, other Jewish groups took to the city’s skies and waterways last Sunday to express their love for the Jewish state.

More than 60 New Yorkers gathered in private planes and watercraft flying US and Israeli flags and traveled from Brooklyn’s Sheepshead Bay to the United Nations headquarters on the Manhattan bank of the East River.


The fleet of air and sea vessels was organized by the American Forum of Russian Speaking Jewry, under the auspices of the World Zionist Organization.

“We wanted to find a way to take the American Jewish community’s support for Israel to new symbolic heights – and show our all-encompassing pride across sea, air, and land,” said Dmitry Shiglik, American Forum of Russian Speaking Jewry board chair.. “We plan to grow this celebration in the next few years – we hope to have as many Israel supporters flying and sailing with us as there are marching along Fifth Avenue.” 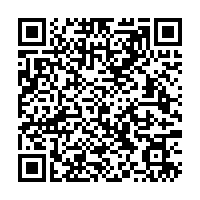