Bernie Sanders is a happy fellow today. On Wednesday he was asked by CNN’s Wolf Blitzer about his reaction to the new government in Israel.


Bernie declared: “I will not be mourning the departure of the Prime Minister, Mr. Netanyahu, and I hope that Israel will have a government that we will be better able to work with.”

He also called Netanyahu a racist but stopped short at saying unkind things about his mother. 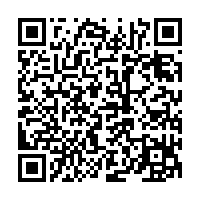