Republican Sen. David Perdue of Georgia on Monday night took down a campaign ad on Facebook featuring an image of his Democratic opponent Jon Ossoff, who is Jewish, with a larger-than-life nose. Critics condemned the ad as being anti-Semitic.

The fund-raising ad, which was first reported by The Forward, showed black and white photographs of two Jewish politicians: Ossoff, the managing director and CEO of Insight TWI, an investigative television production company, and Senate minority leader Chuck Schumer, (D-NY). The ad declares: “Democrats are trying to buy Georgia!” and the big nose on Ossof’s face plays in harmony with familiar notions of Jews and money.

Bend the Arc: Jewish Action tweeted side by side Ossoff’s real face, with a prominent but not outlandish proboscis, and the “enhanced” version on the Republican ad, saying, “This is blatant anti-Semitism. It’s not an accident. It’s their platform.”

The ad claims that “Democrats are trying to buy Georgia.”

This is blatant antisemitism. It’s not an accident. It’s their platform.@Perduesenate, apologize now. pic.twitter.com/h0sOpllgHe

The Purdue campaign released a statement saying, “Anybody who implies that this was anything other than an inadvertent error, is intentionally misrepresenting Senator Perdue’s strong and consistent record of standing firmly against anti-Semitism and all forms of hate.”

Jon Ossoff, for his part, tweeted: “This is the oldest, most obvious, least original anti-Semitic trope in history. Senator, literally no one believes your excuses.”

This is the oldest, most obvious, least original anti-Semitic trope in history.

Senator, literally no one believes your excuses.https://t.co/PiA7P4O4M2

According to Facebook, the ad was posted on July 22, and registered at least 3,000 impressions, which isn’t a good number at all, anti-Semitism aside.

According to Real Clear Politics, as of July 2, Purdue was leading his Democratic opponent by 4 points, which is within the margin of error. On July 24, the Cook Political Report upgraded the Senate race in Georgia to a toss-up. 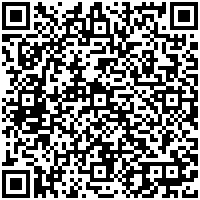