More than a thousand Californians, including nearly 70 rabbis, on Thursday petitioned the California Legislative Jewish Caucus to oppose AB 101, a bill to make ethnic studies courses a high school graduation requirement. The California Assembly is likely to debate AB 101 next week.

Although AB 101 recommends that school districts use the Ethnic Studies Model Curriculum (ESMC) recently approved by the CA State Board of Education, it allows for the use of any curriculum approved by local school boards, including the rejected anti-Semitic and anti-Zionist first-draft of ESMC. The first draft was opposed by 20,000 Californians, the vast majority of Jewish organizations and the Jewish Caucus, which stated clearly that it would “marginalize Jewish students and fuel hatred and discrimination against the Jewish community.” Governor Newsom promised the original curriculum “would never see the light of day.”


As the petition describes, however, the authors of the original curriculum have launched a massive campaign to lobby individual school districts to adopt their rejected draft, and to date at least 20 school districts have done so. The petition also details compelling evidence to suggest that the rejected first draft ESMC, or an even more extreme version of it, will likely be adopted and implemented by many if not most school districts in the state if AB 101 becomes law, and petitioners urge members of the CA Legislative Jewish Caucus “to take the lead once again in opposing this dangerous bill.”

The petition notes (read the full text: Over 1,000 Members and Supporters of the Jewish Community Urge California Legislative Jewish Caucus to Oppose AB 101):

Despite claims that AB 101 contains safeguards to prevent ethnic studies courses from promoting “bias, bigotry and discrimination,” such language is simply a restatement of a statute in the CA Education Code that has been on the books for decades. And as we have seen from highly politicized ethnic studies classes taught at the college level, these so-called guardrails will do nothing to prevent a curriculum based in Critical Ethnic Studies — whether approved by the SBE or promoted by the Liberated group — from portraying Jews and Israel in anti-Semitic and anti-Zionist ways, and inciting animus and harm towards Jewish students.

After the release of the appalling first draft of the ESMC, the California Legislative Jewish Caucus resolutely took the lead in exposing the “anti-Jewish bias” of the draft and raising the alarm about how it would “marginalize Jewish students and fuel hatred and discrimination against the Jewish community.” As a result of the caucus’ admirable leadership, the Jewish community and its allies came together with unprecedented unanimity to demand that the SBE reject or completely revise the curriculum, which they did.

Given that the Jewish community does not have the bandwidth to oppose the adoption of the anti-Semitic “liberated” curriculum in each of the hundreds of school districts where it is likely to be considered if AB 101 becomes law, we urge you to take the lead once again in opposing this dangerous bill. The safety and well-being of our children and our community depends on it.

AMCHA Director Tammi Rossman-Benjamin recently testified before the California Assembly Education Committee in opposition to AB 101, and AMCHA submitted a formal and comprehensive position letter to the Committee. The letter details how and why any curriculum rooted in Critical Ethnic Studies can easily become a vehicle for inciting division and hate, including antisemitism since the discipline portrays Jewish Americans as racially privileged oppressors and Israel as a white supremacist apartheid state. AMCHA also points out that the rejected curriculum and the state-approved model curriculum stand in stark contrast to what legislators intended when they approved the bill mandating the development of the curriculum, which calls for a non-political, multicultural approach to ethnic studies that would prepare students in one of the most ethnically diverse states in the nation “to be global citizens with an appreciation for the contributions of multiple cultures.” 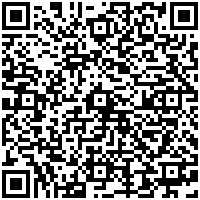