Rabbi Mendel Goldstein has become the first Chabad Lubavitch member of the Board of Trustees of the United States Holocaust Memorial.

The rabbi was sworn in this week along with the new Chairman, Ambassador Stuart E Eizenstat, and other new Council members.


His appointment had been announced by President Donald Trump on January 29, 2020, along with those of two other new members.

The council was established by Congress in 1980 to lead the nation in commemorating the Holocaust and to raise private funds for and build the United States Holocaust Memorial Museum.

Trump made the decision back in May 2019 when he hosted Goldstein and his wounded father Rabbi Yisroel Goldstein following the anti-Semitic attack on Chabad of Poway on the final day of Pesach, a source told COLlive.com.

The president hosted the rabbis in the Oval Office during the annual National Day of Prayer at the White House. Trump reportedly wanted the senior Goldstein but then commented that he wanted someone “younger” and offered it to Mendel Goldstein, a father of four young children.

The Council, which meets twice a year, consists of 55 members appointed by the president, as well as five members each from the Senate and House of Representatives and three ex-officio members from the Departments of Education, Interior, and State. Presidential appointments serve for a five-year term; 11 members’ terms expire each year.

The board of trustees of the museum is an independent establishment of the United States government operating as a public-private partnership that receives some federal funding to support operations of the Museum building.

In addition to Goldstein, Trump appointed Sigal Mandelker, Under Secretary of the Treasury for Terrorism and Financial Intelligence, and Curtis Darrow Robinson, owner and president of C&R Development Company in Connecticut and a philanthropist.

This report first appeared on the COLLive.com news site. 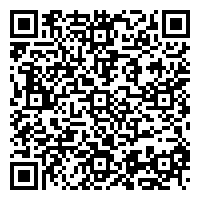