Muriel Bowser, Washington DC’s two-term mayor, is running in Tuesday’s Democratic primaries against two city council members who are both named White, both are African American (because, you know, DC), but only one of them, Trayon White, is a renowned antisemite. The other, Robert C. White Jr., is a fifth-generation Washingtonian, the son of a deacon in the Catholic Church.


On March 16, 2018, White, already a DC Council Member stated that the Rothschild family controls the weather (to remind you, Georgia Republican Congresswoman Marjorie Taylor Greene in 2018 accused the Rothschilds of starting forest fires in California using their laser beams – 2018 must have been a banner year for crazy antisemites). White posted a video on his official Facebook page showing snow flurries, accompanied by a written statement, “Y’all better pay attention to this climate control, man, this climate manipulation … And that’s a model based off the Rothschilds controlling the climate to create natural disasters they can pay for to own the cities, man. Be careful.”

Needless to say, the community response to White’s diatribe was unkind, so he apologized, met with Jewish community leaders, and visited the United States Holocaust Memorial Museum. But according to the Washington Post, White was unable to stay focused and left the 90-minute tour abruptly halfway through (no surprise to the folks at Southeastern University).

But wait, there’s more: on March 19, 2018, the DC Council released footage of a February 27, 2018, event where White accused the Rothschilds of controlling the World Bank and the US government. In the video, White said, “There’s this whole concept with the Rothschilds—control the World Bank, as we all know—infusing dollars into major cities. They really pretty much control the federal government, and now they have this concept called resilient cities in which they are using their money and influence into local cities.”

Mayor Bowser, council members, and other politicians at the event were taken aback but did not condemn White at the time. White later explained: “Somehow, I read and misconstrued both the Rockefeller and Rothchild [sic] theories. At that breakfast, I indeed misspoke, was really misinformed on the issue, and ran with false information. I think I heard other similar information before about the theory around the World Bank and put it all together.”

It so reminded me of Likud Ethiopian MK Gadi Yevarkan who last December announced there were concentration camps for unvaccinated people in Austria, then corrected himself, saying those camps were, in fact, in Australia (he then presented a YouTube video showing a facility for incoming tourists who undergo testing for Covid – similar to Israel and most European countries).

Here’s one more 2018 antisemitic anecdote: in 2018, mayor Bowser nominated Joshua Lopez, her former chief campaign aide, to serve on the board of the DC Housing Authority, which reviews contracts and sets policy for public housing. Many on the council thought Lopez was not qualified, but Mayor Bowser pushed his nomination through, and the Council approved it by a vote of 10–3. And then, in April 2018, Lopez convened a “unity rally” to defend Trayon White against his detractors, and during the speech of a representative of the Nation of Islam, Lopez picked up a loudspeaker and called Councilmember Elissa Silverman “a fake Jew.” The “fake Jew” slur is part of the NOI ideology depicting European Jews as fake, while Blacks are the real Jews.

Silverman is the daughter of Jack and Ruth Silverman from Baltimore, Maryland.

Mayor Bowser called on Lopez to apologize but resisted public calls that she demand his resignation.

In the end, according to the Associated Press, the candidate that Mayor Bowser should be worried about is Robert White, the one who is not a crazy antisemite, who has a history of successful insurgent campaigns, which is how he captured his Council seat in 2016. I, for one, prefer him over the other candidates because he appears to be a straight, Catholic person, and because his campaign is supported by Jews United For Justice Campaign Fund in DC, which goes out of its way to declare it has nothing to say that “JUFJ does not take any position or work on Israel and Palestine, or any other foreign policy or international issue.” 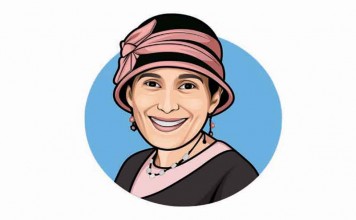 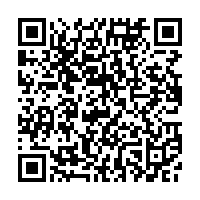