Two of the Jewish Voice for Peace (JVP) activists who helped pass a resolution on April 16 in the City Council of Durham, N.C., which banned life-saving police exchanges and training between the city’s police department and Israel, are employed by synagogues in the Jewish Federation of Durham-Chapel Hill.

In addition to their roles as radicals promoting anti-Israel boycott, divestment and sanctions resolutions, Sandra Korn and Lara Haft are both employed in the Durham Jewish community at two area synagogues and at the Jewish Federation of Durham-Chapel Hill.

Haft, a Hebrew-school teacher at Beth El Synagogue for the Jewish Federation, promotes anti-Israel content on social media. Korn, who spoke at the council meeting in favor of the ban, works at the Jewish Federation as a youth Midrasha teacher, and is a board member and head of adult education at Durham’s Judea Reform Congregation.

Korn often posts anti-Israel and anti-capitalism content on social media, including a re-tweet that stated that the Anti-Defamation League is anti-Muslim and anti-Palestinian, as well as a tweet that said she was planning on shoplifting to fight capitalism.

Lee Mortimer of Coalition for Peace with Justice: There are many countries with human rights abuses; Israel is the only one on which the US government lavishes monetary and financial support. #durham2palestine

Yona Schiffmiller, North American liaison at NGO Monitor, an organization that tracks the anti-Semitic activities of organizations such as JVP, told JNS: “They are a problematic element within the community, particularly because they portray themselves as a Jewish organization and use that to provide cover for groups that are engaged in far more nefarious and odious types of rhetoric.”

The employment of anti-Israel activists by local Jewish Federations, and particularly by synagogue education departments, is raising eyebrows about the low level of standards maintained during the hiring and vetting of professionals—or worse, that the federations and synagogues themselves are comfortable with BDS activists teaching at local Hebrew schools.

While each synagogue attempted to distance themselves and their organizations from the views promoted by Korn and Haft, neither responded to direct questions posed by JNS on whether they are comfortable with BDS activists teaching kids about Israel and Judaism, or whether participation in anti-Israel groups like JVP should raise a red flag for mainstream Jewish organizations when hiring.

With regard to the recent vote, Rudinger told JNS that the synagogue “took no position on that Durham city council resolution, and nobody in our congregation was speaking on behalf of Judea Reform in any way.”

Rabbi Daniel Greyber of Beth El Synagogue, where Haft works, declined to address the role Haft plays in his congregation. Yet he noted that he is “deeply supportive of the State of Israel,” and that his local community “includes a diverse range of views and offers every Jew a place to study and pray.”

Relating specifically to Beth El’s Hebrew school, Greyber stated: “Our Israel education is predicated upon Israel’s right to exist as a Jewish and democratic state, and a commitment to the well-being of the Jewish people; arguments beyond those limits have not, are not, and will not be part of our educational programs.”

Together with other local rabbis, Greyber opposed the JVP petition, specifically targeting its “false and inflammatory claims” that Israel’s expertise in counter-terrorism is directly linked to bias and racism in the Durham police department. Greyber called the resolution “insulting and demonizing of Israel and the Jewish people.”

While he supports the council’s stance against military style training, he said, the signaling out of Israel would take a long time to repair and acknowledged, “it has been a challenging time for the Jewish community in Durham.”

Commenting on anti-Semitic incidences that have increased in Durham during and since the vote, Greyber said “the anti-Semitic comments voiced at the Durham City Council meeting in April by a member of the Nation of Islam and the recent re-emergence of anti-Semitic fliers on the streets of Durham are causes for deep concern.”

Jill Madsen, CEO of the Jewish Federation of Durham-Chapel Hill, reported being so “deeply troubled” by the resolution that when she first learned of the original petition, she and her board president submitted letters to the council members and mayor expressing their concerns with the anti-Semitic and anti-Zionist rhetoric that was included. Both she and her board president attended the city council meeting and following the passing of the statement, they again wrote letters to the Mayor, who agreed to meet with them next week.

“[The Jewish Federation of Durham-Chapel Hill] played an active role in ensuring North Carolina passed anti-BDS legislation. We hold Israel close in our hearts, which is what has made this action so painful,” noted Madsen.

She continued: “There is a great deal of tension. People have expressed feeling like they have lost their place within Durham, as these actions have changed the sphere of inclusion they previously felt. And with recent acts of anti-Semitism in town it begs the question of did the councils work open the door for people to feel like these behaviors are acceptable.”

Dan Diker, director of the project against political warfare and BDS at the Jerusalem Center for Public Affairs and former secretary-general of the World Jewish Congress insisted that there must be thorough vetting and hiring standards in place for organizations within the Jewish community so that “radicals that reject the right of the Jewish peoples’ self-determination” are not employed by Jewish Federations.

It is specifically their involvement in the Jewish community, he said, that “gave them legitimacy” in the eyes of the city council.

“JVP’s momentary success in Durham stems from their involvement as members of the local Jewish community,” said Diker. “Mainstream Jewish organizations must have standards and draw a red line that Jews who support BDS warfare against Israel should be considered unfit to serve in the employ of the federation or any other Jewish pro-Israel organization.” 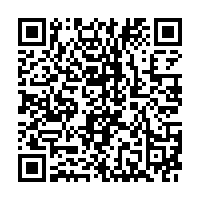