What was the real target audience of Israeli Prime Minister Benjamin Netanyahu’s extraordinary presentation this week of the secret Iranian nuclear archive raided by the Mossad?


With its headline message “Iran lied,” some say it was intended to persuade U.S. President Donald Trump to pull America out of the 2015 Iran nuclear deal, a decision he will make by May 12.

This is implausible. The Israelis briefed Trump and his team on the discovery of these documents soon after they took them at the end of January.

It is said it was aimed at the Europeans, who have been urging Trump not to scupper the deal. If so, this was surely naive since the Europeans’ perverse faith in this atrocious act of craven appeasement is unlikely to be shaken by Netanyahu’s presentation.

Others say it was done to show the International Atomic Energy Authority how badly it was duped into supporting the nuclear deal. This is again unlikely. If Israel had intended to enlighten the IAEA, it could have given it this material without the razzmatazz.

It’s possible that Israel did think this presentation would encourage the world to clamor for the deal to be scrapped. But the shock of these revelations is likely to be felt not so much in the world in general as by the Iranian regime itself.

After all, it’s hardly an earth-shattering revelation that Iran lied, or that it was pursuing a clandestine nuclear-weapons program—precisely why the west wanted to negotiate curbs on that program.

Maybe this secret cache will indeed reveal things we didn’t know about Iran’s nuclear activities. The value of this intelligence coup, however, may be not so much the content of the material the Mossad obtained, but the fact that it obtained it at all.

For the Mossad’s achievement was simply stupendous. The Iranian regime considered this material to be so important that it went to huge lengths to conceal it, moving it from location to location before storing it all in a shabby warehouse in Tehran.

The Mossad not only discovered it in February 2016, but managed to spirit virtually the whole lot away under the Iranian nose. And it wasn’t just a few documents, but virtually the entire nuclear archive—half a ton of paper and digital files.

How the Mossad did this remains necessarily a mystery. Reportedly no fewer than 100 operatives were involved.

And here’s what’s so important about this. The Iranians now know that, in obtaining this most closely guarded information, the Mossad penetrated the innermost sanctums of the Iranian security apparatus.

What’s more, they did it in the most audacious way by making off with the whole treasure trove. This is surely the reason for Netanyahu’s pyrotechnical display.

The regime knew last January that the archive had been stolen; reportedly, it has been arresting people as a result. Netanyahu’s presentation was designed publicly to humiliate it and throw it into chaos by demonstrating to both the Iranian people and the world that Israel had compromised the whole nuclear project and quite possibly the rest of the regime’s activities, too.

If the Mossad could suborn the system to bring this off, the regime must now be asking itself, how many others might be working clandestinely or maybe even unknowingly for Israel from the inside? Just how many traitors are there—and how high up do they go?

This is likely to induce demoralizing paranoia and panic in the regime. After all, it has expended so much energy hiding its nuclear program, burying it deep inside mountains, hooking gullible Europeans (and the Obama administration) through guile and duplicity and concealing the records. Yet suddenly it finds its security betrayed from within and to an extent which is unknowable.

Precisely such demoralization helped bring down the IRA as a terrorist force in Northern Ireland.

The IRA was not only beaten into a stalemate by the British army, but even more importantly, it realized it had been infiltrated from top to bottom by British intelligence. Paralyzed by the resulting inability to trust each other, its leaders put down their weapons and entered democratic politics instead.

Iran constantly boasts that it is about to wipe Israel off the map, that Israel has only a short time left to survive, that Israel is powerless. Yet Israel has now stolen its most closely guarded secrets and compromised the entire regime.

At a stroke, the impression of Iranian invincibility has been destroyed. The entire region will be taking note. So will other actors making mischief, such as Russia. For the message is that it’s not Iran but its putative victim, Israel, where power really lies.

Israel has been showing this recently in other ways, too. In February, it bombed Iranian facilities in Syria involved in sending an armed drone across the Israeli border. Last week, it bombed two Iran-linked bases inside Syria, causing massive explosions and killing dozens of Iranian and Syrian fighters.

Iran may now retaliate in its customary murderous fashion. It may use its Hamas clients to mount even more determined and violent attacks to breach the Gaza border with Israel. Many commentators now predict all-out war is likely.

Yet despite its genocidal intentions against Israel and its ferocious terrorist infrastructure, Iran is weak and getting weaker. Its economy is a basket case, and—all but unreported in the West—the people have been continuing to riot against the regime.

The people have the power to bring the regime down, and it knows it. In order to continue to risk their lives, however, such protesters have to believe that victory is achievable.

By strengthening Iran so unforgivably over the past few years, the West effectively abandoned the Iranian people. The blow struck by the Mossad may do more than signal a new and more muscular phase in Israel’s defense. It may now also help empower the Iranian people to bring down the regime itself. 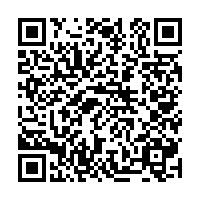