On Wednesday, the Endowment for Middle East Truth (EMET), whose mission is to educate policymakers and the general public on the importance of Israel to the United States, praised Congress for producing a National Defense Authorization Act (NDAA) to stop sales of the F-35 fighters to Turkey.

For months, EMET has been meeting with offices on Capitol Hill to discuss the sales, offering Congressional staffers fact sheets detailing the group’s concerns. They also held two seminars where Turkish dissidents described the dangerous policies of President Erdogan. EMET claims that much of the language in the NDAA originated in their research.


The House and Senate Conferees announced the NDAA on Tuesday. It decrees that the Pentagon must halt delivery of the F-35 joint strike fighters to Turkey until there is a new assessment of US-Turkish relations. Specifically, the NDAA requires the Pentagon to submit a report to lawmakers on the “overall strategic relationship with Turkey,” all foreign weapons sales to Turkey, and Turkey’s intended purchase of the Russian-made S-400 long-range air-defense system.

The report would be due within 90 days of the passing of the NDAA.

The NDAA also calls on Turkey “to release wrongfully detained US citizens, including Andrew Brunson and Serkan Golge.” This particular language was included “despite misinformed opposition coming from the administration,” according to EMET.

The final votes on the NDAA will be held this week in the House, and in August in the Senate.

Although Turkey is a member of NATO, it has bought the powerful S-400 missile defense system from Russia, in violation of its NATO commitments. If Turkey also receives the F-35s from the US, operating the missile system alongside the F-35s would expose the jet’s secrets to the Russian manufacturers and supply them with crucial information on how to intercept them.

Even worse, President Erdogan has proposed that Turkey and Russia work together on producing an even more advanced S-500 missile system.

EMET cited former US National Security Advisor H.R. McMaster, who said Turkey was taking on a “new role” as a main sponsor of funding for radical Islamist ideology. Turkey assisted Iran in evading Western sanctions, using a ‘gas-for-gold” sanctions-busting scheme. Turkey aided ISIS by allowing men and supplies to move across its borders, and also played a key role in facilitating ISIS’ expansion through $1 billion plus worth of black market oil sales. Turkey is also the leading financial backer of Hamas, a US-designated terrorist organization, providing them $250 million a year, and allowing Hamas leaders to maintain offices and act freely in Turkey.

Turkey has also acted against US interests by invading Syria and massacring many of the Kurds living in the northwestern enclave of Afrin. This delayed the Kurds fight against ISIS. Right now, Turkey is engaging in a “population transfer,” replacing the Kurds—many of whom shed their blood fighting and dying together with American soldiers against ISIS-with Sunni Arab refugees.

Erdogan’s Turkey is also a dedicated enemy of Israel, and has threatened the Jewish State multiple times.

“I would like to thank the Congressional conferees for their courage in standing up to the Turkish lobby and elements within the administration to prevent Islamist Turkey from receiving the F-35 fighter jets,” said EMET founder and president Sarah Stern, adding, “Too many Americans are mentally stuck in the 1990’s, when Turkey was a strong ally of the US. Times have changed, and now Turkey is a danger to NATO, and a menace to American interests in the Middle East.”

“We cannot allow the Turks to take possession of the F-35’s, knowing that the Turks will allow the Russians to gain access to this jet’s technology,” she said. 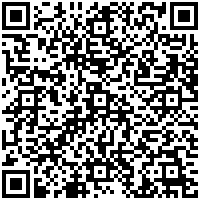