Russia is ready to take over as an unbiased mediator in the Israeli-PA peace talks, Russia’s Deputy Permanent Representative to the United Nations Vladimir Safronkov said on Monday at a UN Security Council meeting, TASS reported.

Safronkov repeated Russia’s readiness to set up a meeting between the two leaders in the conflict: “We are ready to be unbiased mediators,” he said, adding, “Russia maintains trust-based and friendly relations with absolutely all Middle East nations: the Israelis, Palestinians and Arabs. Our ties are not marred by the negative legacy of the past.”


Talk about revisionism… Today’s Russia and yesterday’s Soviet Union have been one of the primary drivers of discord and violence in the region since the early 1950s, and disconnected its diplomatic relations with the Jewish State twice, in 1953 and in 1967. Although relations with Israel are better in post-Communist Russia, Moscow continues to support Israel’s most vehement enemies – Iran and its Hezbollah proxy, as well as the Syrian regime.

On Monday Russia voted with the United Nations Security Council majority for a resolution against recognizing Jerusalem as Israel’s capital city. The resolution was promptly vetoed by the United States. 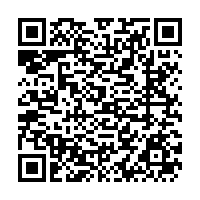