Families of three U.S. soldiers killed in Jordan are officially demanding that Jerusalem Sbarro restaurant bomber Ahlam Aref Ahmad Al-Tamimi be extradited to the United States from Jordan to face trial as a condition for settlement on the case involving the murder of their sons.

The father of one of the soldiers, attorney James R. Moriarty, has taken the lead in confronting the Jordanian government over the attack.

Staff Sgt. James Moriarty, 27, of Kerrville, Texas, Staff Sgt. Kevin McEnroe, 30 and Staff Sgt. Matthew Lewellen, 27 were all members of the U.S. Army’s 5th Special Forces Group, “Green Berets.” They were sent to Jordan to train Syrian opposition forces at the base as part of a CIA program that was started a few years ago.

In November 2016, as they entered the King Faisal Air Base, about 145 miles south of Amman, M’aarek Abu Tayeh opened fire on their military convoy, killing the three soldiers.

A seven minute security video documenting the killing showed what Moriarty senior called “incredibly aggressive behavior,” prompting him to ask what had motivated the Jordanian gunman.

“Why would he open fire on someone who was five feet away from him, who was clearly not a threat? Why did he shoot to kill?” asked Moriarty senior.

Not one bullet hit a vehicle, according to FBI forensics: further proof the gunman had aimed to kill from the start. None of the American soldiers had fired a weapon, despite Jordan’s initial statement the behavior of the U.S. special forces had somehow triggered the shooting.

According to the surveillance video described by the relatives, Lewellen and McEnroe were the first to be hit by gunfire. Moriarty and another soldier jumped out of their cars to take cover and returned fire from their pistols, according to the descriptions of the video.

They yelled that they were friendly forces, the relatives said.

Moriarty senior wrote to Jordan’s King Abdullah II about the case in April of this year, but never received a response.

Last month, however, Abu Tayeh was finally charged and convicted of premeditated murder in the killing of all three, although he pleaded not guilty at a military court in Amman.

Some of the relatives criticized Jordan’s handling of the case and are disappointed al-Tuwayha didn’t receive the death penalty, saying the maximum sentence in this case, life in prison, was not enough.

Jordan allows for the death sentence in terrorist cases.

Attorney Moriarty wrote in a subsequent letter to the Jordanian Ambassador to the United States, H.E. Dina Kawar, that the first demand by the Moriarty, McEnroe and Lewellen families had already been met: the successful prosecution of Abu Tayeh.

“This is a good first step,” he said in the letter, but “it is only the first step.”

The US Embassy said, “We are reassured to see the perpetrator brought to justice.”

The families, Moriarty pointed out, “requested the extradition of Ahlam Aref Ahmad Al-Tamimi for criminal prosecution in the United States. This has not been acted on and we request that he be extradited within the next 30 days.”

In addition to extradition, the families are also asking for “military or criminal charges against all the Jordanian military gate guards and the barrel truck operators for dereliction of duty for failing to protect the lives of our soldiers or cowardly conduct under fire.

“We also request that Jordan allow the FBI to reinterview M’aarek Abu Tayeh to see if he is ready to acknowledge why he chose to kill our sons,” Moriarty wrote.

“Because the video should have no further restrictions given that it has been offered into evidence, we request release of the video to the families immediately,” he added.

Only after the above preconditions are met, according to the letter, the attorney expects to have a discussion about restitution to each of the three families. 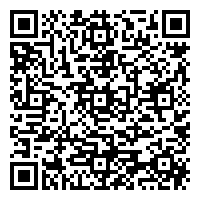