The U.S. administration will not call for the evacuation of Jewish communities in Judea and Samaria under the much-anticipated Mideast peace plan, according to U.S. Ambassador to Israel David Friedman on Wednesday.

In an interview with Arutz-7, Friedman said “having seen the experience of the evacuation of Gaza, I don’t believe that there is a realistic plan that can be implemented that would require anyone—Jew or Arab—to be forced to leave their home.”

Friedman referred to the Gaza Disengagement Plan of 2005, in which more than 8,000 Jews were forcibly evicted from their homes by the administration of Prime Minister Ariel Sharon, in a bid to create a Palestinian state in Gaza. The highly contentious plan caused major political divisions and a firestorm of debate in Israel, and was subsequently denounced across the political spectrum as a failure that resulted in nearly perpetual violence and wars along the Israel-Gaza border.

“We think that’s just a recipe for disaster,” said Friedman. “It almost caused a civil war on much less aggressive circumstances in Gaza, compared to Judea and Samaria, and so we are not of the view that any forced evacuations are achievable.”

Approximately 350,000 Jews live in cities and towns throughout Judea and Samaria, not including the hundreds of thousands more living in northern and eastern parts of Jerusalem that the Palestinian Authority demands as part of a new state.

P.A. official Saeb Erekat condemned the interview as showing “ideological commonalities between the Trump team and the Israeli settlers’ movement. Both agree that Israeli settlements, recognized as war crimes under international law that deny the Palestinian right to self-determination, should remain in occupied Palestine forever.”

According to Friedman, the Trump peace plan will be released as soon as new Israeli administration is formed.

He added that while Trump and Isrseli Prime Minister Netanyahu have an “extraordinary friendship … our support for the State of Israel is for the State of Israel, as much as we admire and respect the prime minister, and we will maintain that relationship with Israel irrespective of who the Israeli people choose as their leader.” 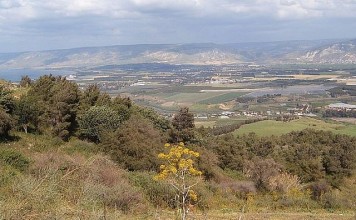