Nationwide rallies marking the 39th anniversary of the 1979 takeover of the American embassy in Tehran began on Sunday morning under the slogan “Hayhat Minna al-Dhilla (no to humiliation).” In Tehran, the rally was held at the location of the former US embassy, nicknamed by Iranian officials as the “Den of Espionage.”

Every year, on the 13th of the Iranian month of Aban, the Iranian nation, particularly students, hold rallies across the country, commemorating how 52 American citizens were held hostage for 444 days, from November 4, 1979, to January 20, 1981, in what quickly became the Islamofascist reign of terror that continues to threaten regional and world peace to this day.


The Tehran rally included a speech by Commander of the Islamic Revolution Guards Corps (IRGC) Major General Mohammad Ali Jafari. The (IRGC) is a branch of Iran’s Armed Forces founded after 1979 Revolution on 22 April 1979 by order of Ayatollah Khomeini.

During Sunday’s rallies, the demonstrators chanted slogans against the US and Israel and condemned US President Donald Trump’s aggressive policies against the Islamic Republic. New, tough sanctions against Iran’s oil sector, imposed by the United States, will come into force on Monday.

The latest Trump administration sanctions prohibit any company that trades with Iran from doing business in the US. Also, any US company doing business with a company that does business with Iran faces punishment. Sanctions against Iran’s banking industry will also be introduced on Monday. The new lineup of sanctions follows sanctions imposed on August on a number of industries including trade in gold, precious metals and the automotive sector. 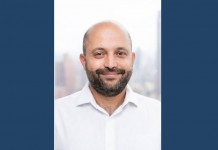