Fighter pilots in the Israeli Air Force F-15 squadron escorted an American B-52H bomber through Israeli air space on Sunday as the aircraft were heading back to base in the US after having passed over the Persian Gulf in a clear warning to the Islamic Republic of Iran.

This was the seventh IAF mission in the CENTCOM area of operations in the past four months.


Saudi Arabian and Qatar fighter pilots likewise escorted the American aircraft as they passed through their respective air space as well.

This flight is part of the joint strategic cooperation with US forces, which is pivotal in maintaining the security of Israeli and Middle Eastern skies. pic.twitter.com/CViOa3LvBT

The US has been maintaining a carrot-and-stick strategy with Iran in its effort to bring Tehran back to the negotiating table to discuss its nuclear technology program, with diplomats underscoring America’s commitment to diplomacy, and the military sending missions to reinforce the understanding that if necessary, the US has other options.

Israeli leaders, however, are already making other arrangements, having already seen what lies ahead: Israel’s international Mossad intelligence agency succeeded in locating and smuggling Iran’s nuclear weapons plans out of Tehran at least three years ago.

Prime Minister Benjamin Netanyahu exposed those plans in April 2018 in a bombshell news briefing in which he provided copies to the media of some of the files that were found. He provided a more complete copy of the data, translated, to global leaders, he said. The first leader to receive that information was the president of the United States.

The US Central Command (CENTCOM) said the bombers were sent to the Gulf to make clear America’s commitment to regional security, and the ability to rapidly deploy to the region as needed.

“The United States continues to deploy combat-ready capabilities into the US Central Command area of responsibility to deter any potential adversary and make clear that we are ready and able to respond to any aggression directed at Americans or our interests,” General Frank McKenzie, CENTCOM commander said at the previous deployment, which took place at the end of December 2020.

“We are ready and able to respond to any aggression directed at Americans or our interests,” McKenzie said at the time.

The December 30 deployment marked the third time the strategic bombers had flown over the Persian Gulf within a 45-day time period preceding the anniversary of the US drone strike in Baghdad that killed Iranian Quds Force commander Qassem Soleimani on January 3, 2020. 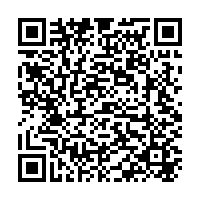