Jared Kushner, senior White House adviser to US President Donald Trump, and White House envoy to the peace process Avi Berkovich, are expected to pay a quick visit to Israel and several Gulf states in the first week of September, according to the Hebrew-language Walla! News site. Trump’s National Security Adviser Robert O’Brien and Iran affairs envoy Brian Hawke are expected to join the trip.

Israeli and Arab officials involved in the visit noted that Kushner and Berkowitz want to congratulate the leaders of Israel and the United Arab Emirates on the normalization agreement and receive an update on the progress of negotiations on the various agreements between the two countries.


In addition to visiting Jerusalem, Kushner and Berkowitz are also expected to arrive in the United Arab Emirates.

Kushner, the F-35s and UAE
The UAE military was given a classified briefing by Trump administration officials on the F-35 fighter jet in recent weeks, according to The New York Times.

Under US law, any sale of strategic weapons systems to any other nation in the Middle East must take Israel’s qualitative military edge into account; Israeli defense and security officials are not at all happy about the potential sale, said by President Donald Trump last Wednesday at a news conference to be “under review” and not yet a “done deal.” However, Trump also said the UAE has the funds to pay for the aircraft.

The UAE Ministry of Foreign Affairs said Thursday in a statement, “We have been flying the most advanced model of the US-made F-16 for more than 15 years. Facing new threats and more sophisticated adversaries, the UAE will continue to upgrade and improve our air defense capabilities. The F-35 has been part of these plans for more than six years.”

A potential US sale to the UAE involving F-35s would not be simple:
1. Relevant committees in Congress would have to be notified of an arms sale involving the F-35 stealth fighter combat jet.
2. Congress would be required to vote its approval or disapproval of the sale – and Israel’s objections would be considered.
3. The State Department office that handles arms sales would undertake a formal review as well, particularly with such advanced military hardware.
4. National Security Council officials would also be involved in the review, to examine the UAE’s relationship with other nations – such as Russia, China and other countries that might not be considered friendly to the United States and therefore might not be acceptable to share access to advanced American military technology.

There is quite a way to go, even though Jared Kushner is deeply supportive of the sale and according to CNN, relevant committees in Congress have not, to this point, been notified of any arms sale to the UAE involving F-35s. There is also no unofficial review underway at this point, and there has been no formal notification to the State Department of a request for the purchase from the UAE.

In other words, all the noise being raised about this subject is still conveniently back-channel in a way that allows everyone to save face should it all come to naught.

Pompeo to Arrive First
US Secretary of State Mike Pompeo will visit Israel this Monday. At the center of the visit will be the agreement of normalization between the countries and the American efforts to impose international sanctions on Iran. Another issue that will come up in the visit is the American demand on Israel to restrict China’s intrusion into the Israeli economy.

The White House is currently trying to coordinate meetings in Saudi Arabia, Bahrain and the Sultanate of Oman as part of the visit.

President Trump expressed hope a few days ago that Saudi Arabia would also move toward normalization with Israel; that appears to be unlikely at this point; however, senior US administration officials said they believe there is a chance Bahrain or Oman will follow the UAE in the coming weeks or months.

Israeli and Arab officials say that concluding agreements in various areas between Israel and the United Arab Emirates is expected to take time. In both countries there are special teams that carry out the preparatory work separately. It is estimated that only the beginning of September will be the first meeting of the negotiating teams of the two countries.

President Trump is interested in holding a celebratory signing ceremony in September at the Rose Garden in the White House of the agreement between Israel and the United Arab Emirates. Even if there are no other countries declaring their readiness for normalization with Israel by the ceremony, the White House would like to see at the event representatives of as many Arab states as possible as high as possible who will come to express their support for the agreement between Jerusalem and Abu Dhabi. 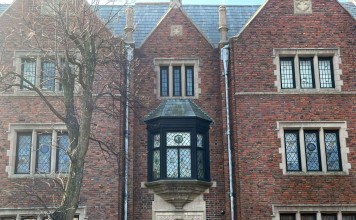