Members of the Joint Arab List faction were removed from the Knesset plenum during the address by U.S. Vice President Mike Pence on Monday afternoon.

The Arab lawmakers were escorted from the chamber by Knesset ushers after they attempted to disrupt the vice president’s speech.

The Joint Arab List lawmakers began to raise signs saying, “Jerusalem is The Capital of Palestine,” and protesting U.S. President Donald Trump’s recognition of Jerusalem as the capital of Jerusalem.

Knesset rules prohibit signs and props in the plenum at all times, not only when guests are addressing the chamber.

This is the sign Joint (Arab) List MKs waved when Pence spoke. It is always against the rules to hold up signs in the Knesset, not just when there's a guest. pic.twitter.com/wJ8NV9YfWu 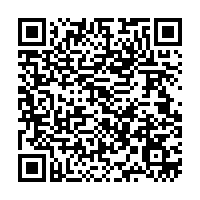