Odeh, who heads the Hadash-Ta’al party, claimed that Israel’s Arab population needs “international intervention” for protection from the new government.

The lawmaker, known for inciting against Israel, presented a letter to Guterres during the meeting in which he claimed that incoming National Security Minister Itamar Ben Gvir, head of the right-wing Otzma Yehudit party, “has defended and glorified Jewish terrorists who have murdered Arab Palestinians and called for Arabs to be forcibly transferred from the state.”

Odeh claimed that Ben Gvir – who must obtain Netanyahu’s approval for his actions – “will be given a high level of control over state armed forces, including the police and border patrol. It is difficult to overstate the terror this has already caused by [Israeli] Arab Palestinian citizens.

“This is an extremely dangerous situation that requires international intervention to protect the lives of Arab Palestinian citizens,” he wrote.

He wrote in a tweet after the meeting [Israeli UN Ambassador Gilad] “Erdan does not represent us; we will represent ourselves. I met with the UN Secretary General today to talk about the immediate threat facing Arab citizens and everyone who believes in democracy from the next government.”

Odeh also addressed the annual far-left J Street national convention last week. He is a yearly favorite of the conference. “It is difficult to overstate just how dangerous this moment is,” he told participants.

However, he said, “we have brought our full strength joined together with the Jewish people who share our commitment to genuine democracy to end the occupation and achieve a future of social justice and peace… Democracy means an end to occupation. Democracy means a Palestinian state alongside an Israeli state on the basis of the 1967 with full national and civic equality for all people who live between the river and the sea.

“Netanyahu’s vision is war and occupation forever. This vision includes the families killed by Israeli missile strikes paid for by American taxpayer dollars and the dispossession of Arab Palestinian families in Bedouin communities. When politicians including [the] Biden administration provide a blank check to the Israeli military they materially support this vision,” Odeh told the participants.

Yoseph Haddad, an Israeli Arab social activist, noted in his own tweet, “Unbelievable, Ayman Odeh went to the USA as a member of the Knesset and a public representative in Israel for one purpose: to harm the State of Israel.”

As Haddad pointed out, Odeh receives a monthly salary of NIS 52,000 (an annual salary of approximately $182,500), not including the other benefits he receives, such as security protection, office space, administrative and clerical support. “You are despicable,” he told Odeh in the tweet.

Unbelievable, Ayman Odeh went to the USA as a member of the Knesset and a public representative in Israel for one purpose: to harm the State of Israel… pic.twitter.com/r6a3NS5eTa

This past April, Odeh called on Israeli Arabs serving in the country’s security forces to quit and throw their weapons in the faces of the “occupation.”

“It is humiliating for our sons to join the security forces of the occupation,” he said in a video from Jerusalem’s Damascus Gate that was made during the Islamic holy month of Ramadan, during which Arab terrorism skyrocketed in Israel. “The young people must not join the occupation forces. Throw their weapons in their faces and tell them that our place is not with you.”

Both Arab and Druze police officers were among the Israelis killed in six deadly terror attacks perpetrated in major Israeli cities between March and May of this year.

In May, Odeh reportedly attempted to visit Daoud Zubeidi at Rambam Medical Center in Haifa while he was receiving care for injuries sustained in clashes with Israeli security forces in Jenin. The brother of notorious terrorist Zakaria Zubeidi, Daoud Zubeidi served multiple prison terms in Israel for terrorist activities. Odeh was denied entry by the medical staff, however, because it was outside visiting hours.

Last year Odeh went to visit Hamas terrorist Miqdad Qawasmeh to offer his support while he was receiving medical care at Kaplan Medical Center in Rehovot. 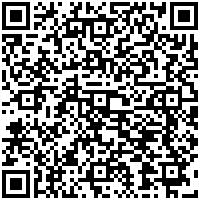