The Jewish National Fund (JNF-KKL) reports that 14 fires were started on Monday in the southern Israeli area around the Gaza border.

The fires were started by arson kites and incendiary balloons launched towards Israel by Hamas terrorists in Gaza as part of the ongoing campaign to destroy as much Israeli territory as possible.


But Israeli firefighters are not alone.

One of the teams of firefighters battling the flames is a squad of 10 American firefighters who came to Israel specifically to volunteer in helping to combat the arson terror that has strafed the south since March 30. They’re participants in the Emergency Volunteers Project, which since 2009 has brought medical and rescue personnel to Israel from around the world to help in times of need.

We have deployed a team of 10 US #firefighters to southern Israel to assist in extinguishing fires caused by incendiary balloons from #Gaza. Thanks @jfederations for making this possible! pic.twitter.com/lpgBFx3m2D

After a brief inservice training period, the volunteers were embedded in Israel’s Fire and Rescue Service.

Another 40 volunteers are waiting in the wings to join the others if the arson terror continues to blacken Israel’s countryside.

“Thank you to the brave firefighters who came all the way from the US to help Israeli forces fight the fires deliberately caused by terrorists from Gaza. We are truly grateful,” the Israel Embassy in the United States said in a statement Monday on the Twitter social networking site. 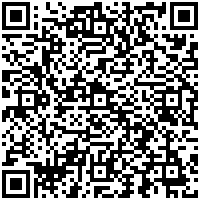