In August, the US State Department reported that in Jordan, “cartoons, articles, postings on social media, and public statements by politicians continued to present negative images of Jews and to conflate anti-Israel sentiment with anti-Semitic sentiment.” The report criticized the Jordanian government for taking no “action with regard to anti-Semitic material appearing in the media.”

Last week, the Foreign Policy Research Institute, published an analysis by Michael Sharnoff, Associate Professor of Middle East Studies and Director of Regional Studies at the Daniel Morgan Graduate School of National Security, titled “The Pervasiveness of anti-Semitism in Jordanian Media—and Prospects for Change,” which fills in the gaps in DOS’ clipped statement, with horrifying details.


The US considers Jordan one of its closest non-NATO allies and as such has been supporting it with economic and military aid since the early 1950s. But while many other US allies are under scrutiny for aberrations such as blatant anti-Semitism in the media, Jordan has been getting away with one of the most vile, anti-Semitic media.

According to Sharnoff, on April 27, 2014, a former Jordanian foreign minister and director of the Royal Institute for Interfaith Studies, wrote an op-ed in the Jordan Times with citations from Mein Kampf, showing that Zionists are brainwashing Western governments with their “esoteric Talmudic myth, placing Zionist interests before and above their own national interests.”

On April 28, 2014, a Jordanian columnist, preacher, and TV host wrote in the Islamist As Sabeel that the Jews are wicked and “the enemy of God” and Islam. He called Jews devil look-alikes and “rats who are defiling Jerusalem and destroying the foundation of Al Aqsa.”

On June 25, 2014, news agency Ammon story claimed that a traditional Jordanian lamb dish was meant as a taunt to Jews because it is not kosher, so that when Jordanians eat this lamb dish they express their hatred towards Jews.

In September 2014, a former Jordanian MP revived the medieval libel that Jews use the blood of Christian children to prepare Passover matzos, calling Jews liars and cannibals.

On December 10, 2014, a Jordanian MP attack Jordan’s low-price natural gas deal with Israel, saying the government could provide for its energy needs without the Jews, “who don’t respect agreements.”

Also on December 10, 2014, another MP called for expelling Israeli tourists from the Kingdom.

Again in December 2014, a Jordanian MP—on Royal TV—called Jews the descendants of apes and pigs. Later that same December, Jordan’s news site Assawsana called for Jordan’s Minister of Religious Endowments to order mosque clerics to change their Friday sermons from “Oh Allah, destroy the Jews and those who follow them or are friends with them” to “Oh Allah, destroy the Jews because of their actions,” so that Jordan would not be punished by God for its peace treaty with Israel.

The article cites many more examples, leading to the craziest of them all: on April 9, 2017, Jordanian columnist Asad al-‘Azouni wrote in Ammon claiming that ISIS leader Abu Bakr al-Baghdadi could not possibly be a Muslim, but was instead an Israeli Rabbi named Elliott Shimon.

Jordanian officials tell their concerned friends in the West that Jordan has a free press, and, besides, these views are for domestic consumption, and should not be taken literally, writes Sharnoff, who notes that the free press argument is weak, seeing as in June 2017 Jordan revoked Al Jazeera’s license.

Sharnoff warns that “the Kingdom’s toleration of anti-Semitic propaganda violates the spirit of the 1994 peace treaty and actually harms Jordanian and Israeli interests.”

There may be another explanation to this phenomenon: why do Jordanians, who are about 80% “Palestinians,” hate Israel and the Jews with such a fervor despite the enormous advantages, economic and security-wise, Jordan receives from Israel? Because Jordanian anti-Semitism is another proof of the vast distance between the ruling Bedouin King Abdullah II and his citizenry, or, in other words – Jordan is actually Palestine. Sooner or later, that will become the reality in a post-Hashemite Jordan. 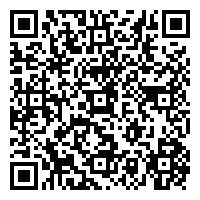