Larry Blumberg, a Jewish millionaire living in a small town named Dothan, in Alabama, is financing the building of a Jewish community there, the Washington Post reported Wednesday.

Back in 2009, Blumberg decided to help reverse the trend of the disappearing Jewish communities in the deep south, so he decided to attract Jewish families to move to Dothan, population 65,000, two hours southeast of Montgomery and northwest of Tallahassee.


According to the Post, his company, Larry Blumberg & Associates, manages hotels and other properties across the southeastern United States.

“All these small towns, their synagogues have closed,” Blumberg told the Post, explaining, “This is a nice place to live. It really is. I just wanted to see if we could perpetuate it.”

Blumberg also believes that a large, visible Jewish population living in Alabama would serve as a bulwark against anti-Semitism in an area which is 86% Christian.

“I felt it was so important that people try to have this kind of open dialogue,” he said. “Today, particularly. When I started this 10 years ago, it (anti-Semitism) wasn’t nearly this bad.”

According to the Post, the Dothan Jewish community has thrown its support behind Blumberg’s project. A close-knit community, they love their Southern culture, but desperately need new blood.

According to the Pew Research Center, non-Orthodox Jewish communities across America are disappearing due to far-reaching intermarriages and the abandoning of religious Jewish institutions by young Jews. The decline is most pronounced in the South, where 37% of Americans reside, but only 23% of American Jews. 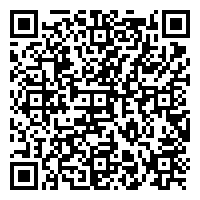