Prime Minister Netanyahu’s Office on Friday morning issued a statement saying, “In both word and action, President Trump sent a strong and clear message [Thursday] that the use and spread of chemical weapons will not be tolerated. Israel fully supports President Trump’s decision and hopes that this message of resolve in the face of the Assad regime’s horrific actions will resonate not only in Damascus, but in Tehran, Pyongyang and elsewhere.”

However, while appearing ecstatic in the face of American resolute action in Syria, replacing years of benign neglect on the part of the Obama Administration, Netanyahu wants a reliable buffer zone between Israel’s international border and whatever band of armed Islamists is controlling southern Syria at any time.


According to Ha’aretz, quoting sources close to the PM’s circle, Netanyahu told the White House on his last visit that none of those forces, be it Al Qaeda, ISIS, Iranian Revolutionary Guards, or Hezbollah, can be allowed to hover near Israel’s border, or the stability of the entire area would be in jeopardy. In other words, the Syrian civil war could easily evolve into another Arab war with Israel.

Mind you, Israel’s Golan Heights border on Jordan as well, so that an eruption there can drag the entire Middle East into a new regional explosion.

According to Friday’s report, Netanyahu did not offer specifics regarding his buffer zone plans, such as who would control the area – UN peace keepers? US Marines? – but he most certainly expects it to be established on the Syrian side of his border, and intends to keep Israeli forces well outside the zone.

A new arrangement along Israel’s north-eastern border could become one of the new possible changes resulting from a diplomatic resolution of the Syrian war. A new Syria might be divided or unified, all Israel demands out of the deal is the safety of its civilian population. 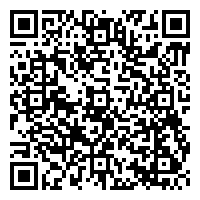