In an affirmation of University of Haifa’s excellence in STEM (science, technology, engineering, and math) education, the University is set to welcome five North American students for the start of the new academic year from the Zuckerman STEM Leadership Program, which provides scholarships and programming to support future STEM leaders in the U.S. and Israel, and fosters collaboration between the world’s most advanced scientific research centers.


Determined to entice Israeli academics back to their home country as well as attract postdoctoral researchers from North America to Israeli universities, American newspaper publisher and philanthropist Mortimer B. Zuckerman made a major investment in STEM research in January 2016, with more than $100 million in scholarships and educational activities, originally catering to four Israeli universities. In 2018, Israel’s Council for Higher Education, acknowledged the impact of the program by providing matching funds to recruit American postdocs to three additional universities; University of Haifa, Bar-Ilan University and Ben-Gurion University of the Negev, noting that the three universities “have distinguished themselves in unique STEM fields.”

In particular, the Zuckerman initiative lauded University of Haifa for the Leon H. Charney School of Marine Sciences’ Sdot-Yam Diving Center. Located on the shores of the ancient city of Caesarea, one of the most historically significant ports of the former Roman Empire, the diving center features advanced technologies and field labs for research students.

“We are gratified that the Zuckerman STEM Leadership Program has recognized University of Haifa as a leader in these disciplines, and we know that our participation in the program will produce a new generation of game-changing professionals in their fields in the U.S., Israel, and worldwide,” said Karen Berman, CEO of the American Society of the University of Haifa.

The Zuckerman program’s scholars take part in unique activities that are organized for them by the host universities, such as touring, educational experiences, and social programs. These programs are aimed at strengthening the scholars’ knowledge of and connection to Israel. 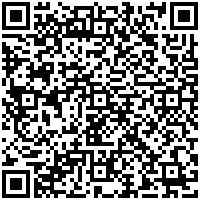