New York State Governor Andrew Cuomo told reporters Monday in his daily briefing, with some caution, that the social distancing protocols enacted by his administration and those of the individuals cities and towns across the state finally appear to be working.

For the first time since the start of the COVID-19 coronavirus pandemic, there appears to be a possible flattening of the curve in the death toll.


However, Cuomo added, all New York schools and non-essential businesses are still to remain closed until April 29, regardless.

“I’m not going to choose between public health and economic activity,” he said.

A breakdown of the figures that were available Monday morning showed that most of the 4,159 New Yorkers who have died from the pandemic in the state (64%) have been COVID-19 patients ages 70 and up, according to the Democrat and Chronicle news site.

Plus two cases were unknown.

By the end of the day Monday, Cuomo reported that there were a total of 130,689 confirmed cases of COVID-19 in the state, and the death toll had risen to 4,758 across the state. He said, however, that although the number of fatalities rose, the rate of deaths has been “effectively flat for two days.”

The federal government is deploying approximately 1,000 personnel to New York State, including doctors, nurses, respiratory technicians and therapists, to help the state’s overwhelmed hospital systems. The first 325 personnel were to be deployed to the New York City hospital system on Monday.

New York City Parks to be Burial Grounds?
Unbelievably, city officials are discussing the possibility of having to bury coronavirus victims in local parks – yes, city parks – because the city morgues and hospitals are becoming overwhelmed with the mounting death toll.

New York City Council member Mark Levine (D-Manhattan) wrote in a series of tweets on Monday, “Soon we’ll start ‘temporary internment. This likely will be done by using a NYC park for burials (yes you read that right). Trenches will be dug for 10 caskets in a line. It will be done in a dignified, orderly – and temporary – manner. But it will be tough for NYers to take.”

According to the New York Post, Levine later clarified the tweets, saying the plan “is a contingency NYC is preparing for, BUT if the death rate drops enough it will not be necessary.”

And still the number of bodies continues to increase. The freezers at OCME facilities in Manhattan and Brooklyn will soon be full. And then what? 8/

In a separate tweet, he added, “The goal is to avoid scenes like those in Italy, where the military was forced to collect bodies from churches and even off the streets.”

As of Monday night, the COVID-19 death toll across the United States surpassed 10,000, with more than 347,000 people still fighting cases of the deadly virus.

Worldwide, more than 72,000 people have succumbed to the virus. 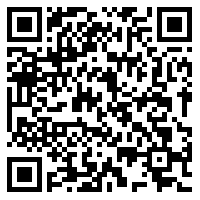