Anti-Semitism continues to rise in New York City, this time with two attacks over the weekend, both taking place in the Crown Heights section of Brooklyn.

A black male in a white “hoodie” entered the main sanctuary at Chabad-Lubavitch World Headquarters at 770 Eastern Parkway early Friday morning, shouting he was going to “shoot up the place and kill everyone,” police said. He apparently lost his nerve, however, because he then fled the building and ran down into the Utica Avenue subway station.


The NYPD Hate Crimes and Intelligence Units were notified and an investigation was opened.

Barely 24 hours earlier, three Jewish females were walking down Kingston Avenue — a main shopping thoroughfare – at around 1 am Thursday when they were accosted by a black female who “approached them and slapped them, police said,” according to a report published on the COLLive news site. The attacker also allegedly shouted anti-Semitic epithets at the three young women as well.

The perpetrator was followed by members of the Shmira civil patrol. Tiffany Harris of Brooklyn was subsequently arrested by NYPD officers and charged with “aggravated harassment as a hate crime,” police said.

Extra police patrols have been deployed to the local precinct, according to NYPD, especially in light of the fact that these two incidents followed two other incidents earlier in the week – one on Monday night and another incident on Tuesday.

But it’s not only in Brooklyn that anti-Semitic attacks are taking place.

Also last week, the NYPD reported that a 65-year-old man wearing a black yarmulke became another easy target for a vicious anti-Semite with hate in his heart.

The NYPD subsequently arrested 28-year-old Steven Jorge of Miami, Florida and charged him with assault as a hate crime.

NYPD data for the period January to October 2019 show that anti-Semitic incidents comprise the lion’s share of hate crimes in the Big Apple. 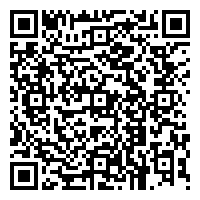