Rebecca Allen, a black Jewish banker working for Goldman Sachs Group Inc’s personal wealth management unit, on Wednesday filed a lawsuit in federal court in Manhattan complaining that the company favors white bankers for promotions and gives them the best accounts, resulting in higher earnings than their non-white coworkers.

“Simply put, Goldman Sachs does virtually nothing to hire, promote or develop black talent, instead focusing its efforts on retaining and promoting white employees to positions of leadership,” Allen, who was hired in 2012, alleged. She also alleged that her efforts to get Brent Saunders, the CEO of Allergan, to become her client were thwarted by a partner because of said partner’s racial and religious bias.

A Goldman Sachs spokeswoman said, “We believe this suit is without merit and we will vigorously contest it,” adding, “Our success depends on our ability to maintain a diverse employee base and we are focused on recruiting, retaining and promoting diverse professionals at all levels.”

According to the lawsuit, Allen worked for close to three years working on acquiring Saunders as her client, suggesting the drugmaker’s chief “expressed interest in committing significant assets” to Goldman Sachs’ private wealth management division. Then, in November 2016, plaintiff “was abruptly removed from the Saunders relationship without explanation” by Christina Minnis, a partner in Goldman’s investment banking division, who “became Mr. Saunders’ investment banking relationship partner.”

Allen believes her loss amounted to a potential $300,000 in annual compensation.

According to the suit, Allen’s supervisor, one Corey Jassem, who had asked Minnis why she was taking over the deal from Allen, told the plaintiff “that Ms. Minnis had made an anti-Semitic comment during the conversation and said ‘all this racist stuff,'” suggesting the reason was that “she is Black and Jewish.” But Jassem later changed his story, according to the suit, “went so far as to blame Ms. Allen for reacting to Ms. Minnis’ misconduct and accused her of being hypersensitive.”

According to Reuters, Goldman Sachs is facing a proposed class action suit in the same court in Manhattan over its alleged discrimination against women in pay and promotions. 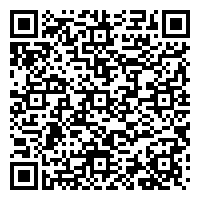