Esther Gopin is fearful to go out in the Crown Heights neighborhood in Brooklyn, N.Y., where she’s lived her whole life. Many of her friends who feel the same decided to stay home for Labor Day, instead of going out to celebrate, and have recently bought pepper spray to protect themselves in the street against potential attackers.


Gopin, 23, spoke to JNS about this heightened sense of fear among her and her visibly Jewish peers after her father, Rabbi Avraham Gopin, was attacked at a local park on Aug. 27 by an African-America man, who yelled an anti-Semitic slur and threw a large rock at the 63-year-old. The attack was captured on video; Rabbi Gopin suffered a broken nose, had his two front teeth knocked out and had to get staples in his head where the rock hit him.

Three attacks took place against Chassidic Jews of late in Brooklyn, each just days apart. Two of the incidents happened in Crown Heights—home of the Chabad-Lubavitch movement—and are being considered possible hate crimes; in all three cases, the perpetrators remain on the loose.

“I never felt really afraid until now. If my father, who is this big, tough guy, can get attacked literally in broad daylight, just blocks away from my house, I’m at risk, too—probably even more so because I’m an easier victim,” said Esther. “There’s just this fear where you’re constantly looking over your shoulder because you don’t feel safe in your own community.”
Subscribe to The JNS Daily Syndicate by email and never miss our top stories

According to CBS New York, police said there have been nearly 150 anti-Semitic hate-related complaints in the city so far this year, which is nearly double the amount they received the same time in 2018.

Esther expressed frustration with the NYPD’s handling of her father’s case, saying authorities didn’t arrive to the scene of the attack until hours after it occurred and incorrectly wrote in the police report that her father instigated the fight with his attacker. She also noted that at first, the police didn’t believe her father when he explained what happened.

She called it a “very invalidating, upsetting and frustrating feeling when the police are condescending and disbelieving, and they make you out like you’re a liar when you have nothing to gain from lying. You go about your day and someone attacks you, and then to add insult to injury, the police don’t take you seriously.”

A focus on education in schools

Rabbi Yaacov Behrman, a leader in Crown Heights and founder of the New York-based volunteer group Jewish Future, is also upset with the NYPD about Gopin’s attack. He told JNS, “I am deeply concerned with the fact that the perpetrator of the attack against Rabbi Gopin hasn’t been arrested yet. Rabbi Gopin was almost killed. Our seniors won’t walk around alone because they are scared of being attacked by the perpetrator. NYPD has the best technology and resources in the world. There are photos and video. Why haven’t they arrested anyone yet?”

Behrman attributed the increased frequency at which Jews are being attacked to wrongful accusations that the Jewish population is responsible for gentrification. He said, “There are people in Brooklyn preaching hate, and blaming Jews for gentrification and displacement. To peddle this lie that one group in society is treated different than another group is the very definition of anti-Semitism. Gentrification is about economics, not race.”

He encouraged increased police presence in the area and said the state should focus on creating evidence-based prevention programs in the local schools. He added that “speculation and guesswork is not working for us. We need to conduct a thorough study in the schools to better understand why we are seeing an increase in hate crime and attacks, and create a curriculum based on the results of this study.”
New York City Mayor Bill de Blasio. Credit: Kevin Case via Flickr.

To also get a better understanding of such attacks, the Office for the Prevention of Hate Crimes opened on Sept. 3 under the leadership of New York City Mayor Bill de Blasio. Brooklyn Councilman Chaim Deutsch, who helped create the office, said it will focus on educating others about the impact of hate crimes across the city. He hopes that the office will also work with victims of hate crimes to get a better understanding about how attacks impact lives.

Arthur Stark, chairman, and Malcolm Hoenlein, executive vice chairman and CEO of the Conference of Presidents of Major American Jewish Organizations, welcomed the launch of the new office, saying, “We hope it will stem the tide of increased acts against Jews and others. The sharp increase in bias incidents in recent years, particularly of anti-Semitic crimes, requires a coordinated approach to maximize the resources available from all facets of law enforcement to prosecutors to the educational system to the voluntary sector.”

Deutsch also said he met with the NYPD on Wednesday to discuss the $1.6 million that he funded, through his budget, to install NYPD surveillance cameras, also known as Argus cameras.

‘No one seems to really care’

Brooklyn residents are pushing for a greater police presence in their neighborhoods, with Deutsch agreeing that “adding visibility” by having more uniformed officers on the street is “instrumental” in tackling and preventing violent crimes head on. He also called for stricter hate-crime laws to “make sure those who have hate in their blood get what they deserve and are held accountable for their actions.”

The councilman met with the NYPD police commissioner, and is starting a new program to expand the NYPD’s axillary volunteer program to have the officers protect each other’s houses of worship. He is also proposing a bill in city council that will have hate crimes included as one of the seven major index crimes designated by the NYPD, so that they are examined at a greater length by the city.

Esther said she feels like the NYPD makes false promises about placing more uniformed officers on patrol, and that in Crown Heights there is insufficient police response when Jews are attacked, as of “no one seems to really care.”

She added, “I don’t know if the Jewish community isn’t making enough of a ruckus, but I do know that action is not being taken. People aren’t afraid to do what they want because the cops won’t step in, and it seems like not much is being done to protect the community. I know for a fact that people in my community are victims of anti-Semitic attacks all the time, and they do not report it to the police. It’s just not worth the struggle, the bother, [so] they don’t speak out about it. People don’t really feel confident going to the police because they might be ridiculed the way my father was at first.

“I think that they should be encouraged to always make a report,” she said. “Make a fuss, if they can, to speak out about it because there needs to be a record. If complaints about this are not being lodged, there’s no way for anyone to know what’s happening and then there’s no way for a response—for people to take appropriate action to solve the problem.”

Leah Zagelbaum, vice president of media affairs at the Orthodox Jewish organization Agudath Israel, told JNS her son was hospitalized after being the victim of an anti-Semitic hate crime in Brooklyn almost a year ago. He refused to press charges and didn’t even want to report the attack to police; he “just wanted to close the book and move on,” she said.

Zagelbaum explained there is a definite shift among Orthodox Jews turning to the police for help, and that the confidence people once had to approach authorities is “starting to erode.” People have a “hesitancy to report” incidents to the police because there is a feeling “that there is no attention being paid.”

At the same time, she concluded, “It’s easy to point the finger at law-enforcement agencies and say they are not doing enough. Our law-enforcement agencies work hard, and I don’t think that they can be held accountable for everything in our society. I think they are one significant piece. I hope to see them do the absolute most that they can, and I hope to see all citizens respect each other and treat each other with tolerance.”

Despite the fear that many Brooklyn residents have following the recent attacks and the rise of anti-Semitic hate crimes across the spectrum, Behrman’s message to the Jewish community is to “be a proud Jew, and wear your kipah with pride and honor.” Deutsch said: “Don’t change your garb. Don’t be afraid to walk in the streets. We will tackle the cancer that is hate without you having to compromise your beliefs.”

Zagelbaum encouraged vigilance, being awareness of one’s immediate surroundings, and added that “pride in who we are tempered with caution and common sense is always good.” 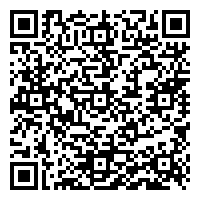