Police Commissioner Dermot Shea visited the Affluent Park East Synagogue at 163 east 67th Street in Manhattan after services on Shabbat Parshat Balak to participate in a three-way forum with Senior rabbi Arthur Schneier, and Assistant Director in charge of the FBI office in NY, William F. Sweeney, Jr., on “FBI and NYPD efforts to combat anti-Semitism in New York.”

We thank @NYPDShea and William F. Sweeney Jr. for joining our service today and for their insights on combating anti-Semitism and hate crimes here in New York! https://t.co/RBqIAyGAxS pic.twitter.com/xrskwZFTlu


Maxine, a member of the congregation, shared, “I feel sad, frustrated.” And Julia Shane told her shul’s guests, “I don’t go out at night anymore, late. I do feel secure because the Guardian Angels are in my neighborhood all the time, but isn’t that sad that they have to be there?”

“The message is that we will not and we’ve never tolerated hate and we don’t plan to now, so it’s to reassure that anyone in New York City whether it’s religious, whether it is the color of your skin, the NYPD will be out there to make sure that you can walk around freely and make sure everyone knows how tolerant we are,” the commissioner, the son of two Irish immigrants, told the congregation.

Commissioner Shea defined his goal that Shabbat as to “reassure the Jewish community,” which so far this year has seen “a little over 300 hate crimes that we are investigating or have investigated,” that the NYPD has “never tolerated hate” of any kind and never will.

Born in 36 different countries, speaking 31 different languages, these are YOUR police.

To them, I say: NEVER underestimate the impact you have on people every day. And Welcome to the greatest police department in the world. pic.twitter.com/H9Locp4RLh

Noting that the NYPD had just graduated 486 new police academy cadets on Friday, the commissioner said, “We have those young officers eager, ready to hit the streets. I think we all know some of the challenges that we have talked about over and over but there is a lot of positives too. So that’s what I’m focused on right now, let’s continue to work, continue to bring the city back and I think it’s going to be, you know, good times ahead.”

FBI AD Sweeney told the congregation that the increase in anti-Semitic crimes may be caused by many factors: “There’s everything from mental illness, to some of the norms in society seem to have changed for the worse, and then there’s some of the problems in the Middle East that exacerbate the problem.”

However, he reiterated, “hate crimes have no place in our society. Everyone needs to know that they can help us confront new and emerging threats by sharing information through the trusting relationships we share, to include our close relationship with the NYPD.”

“Working with the communities we serve helps us fully appreciate your needs and maintain awareness of the challenges you face,” Sweeney added.

Maxine told NY1 after the event: “They were very clear about what’s going on and about creating a campaign so that we could have a decrease in what is happening, and educating people, and people speaking up when they see something.” 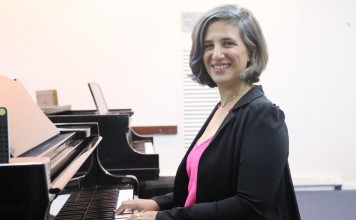 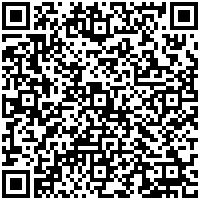