The New York Police Department Hate Crimes Unit is searching for a man who threatened to kill a Chabad-Lubavitcher Chassid a little over a week ago in front of 182 Utica Avenue in the Crown Heights section of Brooklyn.

The 46-year-old victim was stunned when the man suddenly called him a “dirty Jew” and spat in his face.

“Dirty Jew, I will kill you,” the attacker said, and tried to hit the victim in the face, but he managed to dodge the blow.

On September 9, 2021 at approximately 5:31 PM, the individual approached a male,46, in front of 182 Utica Ave in Brooklyn and made anti-Jewish statements towards him. The individual then spat on the victim before fleeing. Have any info? DM @NYPDTips or☎️1-800-577-TIPS. pic.twitter.com/TK9gCFuy4n

There had been no interaction between the two prior to the attack, police said.

Passersby chased the attacker, but he managed to escape.

Police said an investigation has been opened and officers are searching for the attacker; anyone with information is asked to call 1-800-577-TIPS. 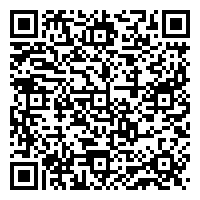