Police in Bedford, Westchester County, NY, received a call at about 3:45 PM Monday, from the residence of billionaire and supporter of leftwing causes George Soros, regarding a suspicious package that had been received in the mail.

The police said in a statement that “an employee of the residence opened the package, revealing what appeared to be an explosive device. The employee placed the package in a wooded area and called the Bedford police.”


Bedford police then called in the FBI, which tweeted Monday night: “We are conducting an investigation at and around a residence in Bedford, NY. There is no threat to public safety, and we have no further comment at this time.”

A law enforcement official told the NY Times the explosive device did not explode on its own, and was “proactively detonated” by a bomb squad in Soros’ home. The controversial billionaire was not at home at the time.

George Soros, 88, was born in Budapest, Hungary, to a well-to-do, assimilated Jewish family – Soros himself said he grew up in a Jewish anti-Semitic home. In March 1944, when Nazi Germany invaded and occupied Hungary, its ally, Soros’ family survived the Nazi occupation by purchasing documents saying they were Christians. In 1945, Soros survived the Siege of Budapest, and in 1947 he left Soviet-occupied Hungary to England and became a student at the London School of Economics. He thanked the UK in 1992, by staging “Black Wednesday,” when he shorted the British Pound and nearly destroyed the British economy.

In February 2017, Forbes Magazine listed Soros as the 19th richest person in the world, worth $25.2 billion. According to the WSJ, Soros lost almost $1 billion in the weeks after the election of Donald Trump as US president in 2016. 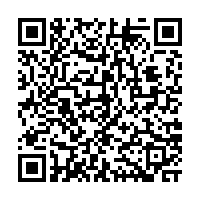