“I am sickened by Monday’s series of assaults on Hasidic Jews in Williamsburg. In New York, we have absolutely zero tolerance for such heinous acts; they are completely unacceptable and are repugnant to our values of diversity and inclusion.

“I am directing the State Police Hate Crimes Task Force to immediately provide the NYPD with any resources needed to assist in the investigation of this incident and to ensure those responsible are held accountable to the fullest extent of the law.

“Anti-Semitism is a growing cancer that has been injected into the nation’s body but in New York we will continue to stand united and with one voice condemn any and all acts of hatred and intolerance.”

The first attack took place on Ross Street, the second on Wythe Place, the third on Clymer Street. The attackers, teenage boys, hit all three Hasidic Jews, ages 56 to 71, within an hour. The three victims were all walking to shul or work when they were attacked.

According to Police, the attackers sneaked up on their victims from behind, punched them in the face and emptied their pockets. Two of the victims were rushed to the hospital having suffered major traumas.

Mayor Bill de Blasio tweeted: “The NYPD is investigating these vicious attacks and our Hate Crimes division is on the scene. We’ll be adding additional personnel to patrol the area and keep things safe. If you have any information or were a victim of these attacks, please contact 800-577-TIPS right away.” 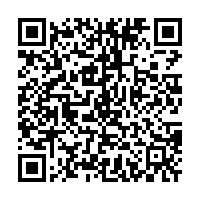