Legislature Wraps Up Session On Shabbos

State lawmakers wrapped up the 238th legislative session over Shabbos, which prevented observant Jewish lawmakers, few as they are, from voting on some of the most important measures of the session. Most lawmakers left Albany around 3 p.m. Friday to be home with their families for Shabbos.


One lawmaker who probably couldn’t care less was Assemblyman Phillip Goldfeder (D – Far Rockaway, Queens), who announced earlier this month that he would not seek re-election. Goldfeder served five years in the Assembly. He told The Jewish Press, “This is not where I want to be at this time in my life.”

The 35-year-old Queens native recently welcomed his third child, a boy named Gabriel. Almost every night while in Albany Goldfeder could be seen saying goodnight to his children on his laptop via video chat and voice call services. On his Facebook page Goldfeder wrote, “This was a difficult decision, but I am looking forward to the next chapter in my career and hopefully spending more time at home with my new son and entire family.”

This session was particularly uneventful for Goldfeder, ranked 95 on the seniority list out of 150 members, and he leaves a legacy of bills languishing in various committees. Of the 31 bills he sponsored this year, 23 were one-house bills, which means there was no Senate sponsor and no hope of going any further other than sparking copy for a news release. Four other bills passed the Senate but Goldfeder could not get those measures out of various committees. Three other measures were held in committees in both houses and Goldfeder managed to get one bill passed in the Assembly but that was held up in the Senate. While he is known for being focused on constituent issues, he had a zero batting average this year in the legislature.

It should be noted that he did have three bills signed into law by the governor last year.

Let’s face it – the frustration of not being able to produce meaningful legislation is enough to make anyone want to retire early from the legislature.

In other news, an agreement on the oversight of the East Ramapo school district’s academic and fiscal improvement program will be going to the governor’s desk for approval. A team of monitors appointed by the state education commissioner will not have veto power over decisions made by the board. Three million dollars has been appropriated by the legislature and the governor to pay for the costs associated with the monitors and school-related expenses.

The state education commissioner will have the final decision over all matters relating to the school district, which is controlled by parents who send their children to yeshivas and other private schools.

The one-year experiment will shorten the school budget timeline by a month for planning a fiscal plan.

“We see as more positive way in a way,” bill’s sponsor Assemblywoman Ellen Jaffee (D – Suffern, Rockland County) told The Jewish Press. “It’s not an everyday kind of veto, which the Board was very uncomfortable about. This is about the major, important issues of fiscal responsibility, collaboration, and guidance. Hopefully, all that working together will bring the community together.”

The East Ramapo school district comprises several Orthodox Jewish communities including parts of the towns of Haverstraw, Ramapo, and Clarkstown. The portion of the town of Ramapo that includes the East Ramapo schools are the municipalities and communities of Spring Valley, Kaser, New Square, New Hempstead, Wesley Hills, Pomona, Monsey, Airmont, and Hillcrest. The hamlet of New City in the town of Clarkstown is included in the school district. 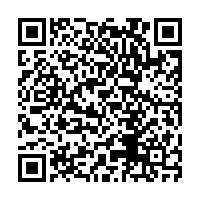