Mayor Bill de Blasio on Monday said at a press conference with Police Commissioner Dermot Shea that while the final overall crime statistics for 2019 in New York City show a record low – only about 95,000 incidents, some crimes are rising, albeit only gradually, and some others are spiking.

“While crime is at a record low in New York City, there is more work to do to ensure that every New Yorker feels safe in their neighborhood,” de Blasio said.

“I think that the more light you shine on this, the better,” Commissioner Shea said. “To get people talking about it internally and externally as much as possible, I think it’s good for it.”

Somebody obviously updated him the next day – it was a 26% increase.

Meanwhile, here are the other ways NYC has become less safe last year:

“Our goal is to help young people steer clear of a first act of criminal behavior or if they’ve already stumbled, to guide them back to the right path,” Commissioner Shea said.

Rape was down 2.5% – 1,760 reported cases in 2019. At which point the NYPD acknowledged that when it comes to rape, the data reflects how many victim reported, not how many victims were attacked.

Earlier, the mayor promised that “the NYPD will increase resources and patrols to precincts in Borough Park, Crown Heights and Williamsburg, as well as Midwood and Bedford-Stuyvesant. Each precinct will have an additional four to six officers per tour, in addition to an increased police presence at houses of worship during local events and more security cameras. Borough Park will also get six new light towers, officials said, on top of 15 that have already been installed throughout the other neighborhoods this month.”

“People in the community will see our officers present in front of houses of worship and out on the streets. We have to give people a sense of security and we have to show that this horrible trend we’ve seen over the last weeks will be stopped dead in its tracks,” the mayor promised. 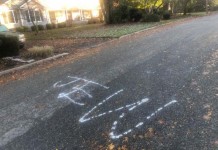 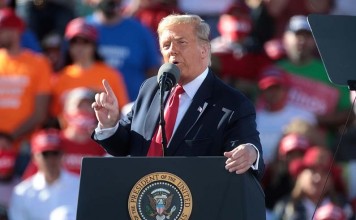