New York residents are heading to the polls today (Tuesday, Aug. 23) to vote in Democratic primaries for the state’s Congressional districts.

One hundred and six candidates are running for New York’s 26 US House districts, including 67 Democrats and 39 Republicans.

The polls opened at 6 am and do not close until 9 pm, but voter turnout is expected to be low because many of the city’s residents are still out on summer vacation.

You can find a map of the city’s newly redrawn Congressional Districts and additional information by clicking here.

In New York City, there are important congressional races on the ballot thanks to the shakeup caused by the state’s redistricting.

Although there are 26 US House seats up for grabs, it’s the races in Districts 10 and 12 that people are watching close.

In Manhattan’s District 12, two powerful incumbent Congressional committee chairpersons pitted against each other for a single seat.

Upper East Side US Rep. Carolyn Maloney is being forced to fight her longtime colleague, Upper West Side US Rep. Jerry Nadler – both of whom have served their constituents for 30 years – in a race for the newly-redrawn District 12 seat.

Also running in the primary for the same spot is 38-year-old former Obama staffer and attorney Suraj Patel.

Maloney is an opponent of the Iran nuclear deal and supported the war in Iraq.

Nadler, who opposed the war in Iraq and supports the Iran nuclear deal, is endorsed by Senate Majority Leader and New York’s senior US Senator Chuck Schumer.

In the city’s redrawn District 10 – which covers all of lower Manhattan and northwest Brooklyn (including Prospect Heights) — the battle is even bigger, with 13 candidates all vying for the same seat.

Independent polling quoted by the Jewish Insider news outlet showed Goldman leading the way with 22 percent of the vote – but Niou was not far behind, with 17 percent of the ballots. Rivera and Jones were tied for third place at 13 percent and 17 percent of voters who were polled said they were undecided.

The anti-Israel “J Street” organization has given its “primary approval” to Jones, Rivera, Simon and Goldman, all of whom have expressed opposition to an Israeli presence anywhere in Judea, Samaria and post-1967 areas of Jerusalem.

Niou has likewise expressed support for restrictions on US military aid to the Jewish State.

Goldman, who served as lead counsel in the first impeachment trial of then-President Donald Trump, said he is “very concerned” about the call for restrictions on military and security aid to Israel, but opposes Israeli sovereignty in Judea and Samaria.

Rivera told Jewish Insider that she does not believe BDS has “advanced the aim of a peaceful two-state solution,” but is a dues-paying member of the Democratic Socialists of America, which in 2020 asked City Council candidates to pledge not to visit Israel if elected.

Simon told the news outlet that it “makes sense” to her to impose “end-use restrictions” on US military aid to Israel.

All four of the top four progressive candidates in District 10 – which also includes the heavily Orthodox Jewish neighborhood of Borough Park – are opposed to the half a million Jewish residents who live in Judea and Samaria, including many multigenerational families who have been in the region for more than half a century.

None expressed any support for restrictions on residents of the Palestinian Authority, including those who involved in brazen territory-grabbing in areas that were designated under the internationally recognized Oslo Accords for civil and security control by the State of Israel.

Interestingly, in the city’s Congressional District 9, which includes the heavily Jewish neighborhoods of Crown Heights, Midwood, Kensington, and Marine Park, the Democratic primary election was canceled. Incumbent US Rep. Yvette D. Clarke will run as the Democratic candidate of choice for this district. 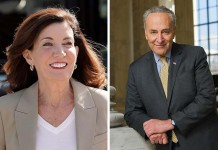 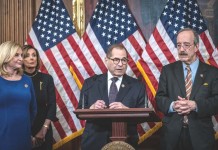 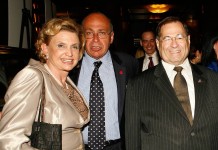 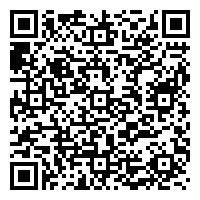