New York City police are investigating an anti-Semitic note found outside the Brooklyn Jewish Children’s Museum as a hate crime.

The post-it note, found on a billboard outside the museum on Thursday evening, bore the message scrawled in capital letters: ‘HITLER IS COMING.’

It was found at around 8 pm on the board where visitors are encouraged to leave positive messages at the museum, according to NYPD officers who were alerted to the note by visitors. Police then called in the hate crime task force.

Chabad-Lubavitch Rabbi Mordechai Lightstone took to the Twitter social networking site to express his distress over what he saw at the museum:

This is just awful.
An interactive sign in front of the the Jewish Children's Museum in Crown Heights asking people how they would transform the world was defaced with Antisemitic graffiti! pic.twitter.com/mP66xPKIYH

Local activist Rabbi Yaacov Behrman expressed a different sentiment: frustration, and bewilderment at the eyewitness accounts that an African American teenager had left the note. “What went wrong with Crown Heights?” he asked. “What is happening?”

The good resolution mural hanging outside Jewish children’s museum in Crown Heights was defaced with “Hitler is coming note”. Witnesses say note was left by an African American teenager. What went wrong with Crown Heights!? What is happening? What’s wrong with our society? pic.twitter.com/HRXZhhgznt

Governor Andrew Cuomo also directed the State Police hate crimes task force to assist in the investigation, saying in a statement that he was “disgusted by the anti-Semitic message scrawled in front of the Jewish Children’s Museum in Crown Heights, Brooklyn.

“We have zero tolerance for anti-Semitism, discrimination or hate of any kind in New York, and no person should ever feel threatened because of their religious beliefs,” Cuomo said.

“I have visited this great museum, built in honor of Ari Halberstam who was tragically killed in an anti-Semitic terror attack on the Brooklyn Bridge, after it received threats in the past. It’s all more distressing for this institution built to bring together children of all faiths and backgrounds to foster tolerance to be targeted,” he added.

“”In the wake of a rise in anti-Semitic and other hate crimes in our nation, it is more important than ever that we stand united to condemn these despicable acts of violence and root out hate in all its forms.

“To ensure those responsible for this heinous act are held accountable to the fullest extent of the law, I am directing the State Police Hate Crimes Task Force to immediately provide the NYPD with any resources needed to assist in the investigation of this incident. Now and always, there is no place for hate in our state.” 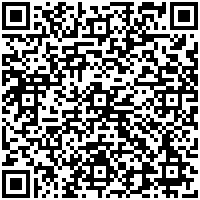