SKS, which Rabbi Moskowitz has called a “boutique hechsher,” is a major player in kashrus, with offices in America, Israel, Malaysia, India, Vietnam, and China, where half of the country’s $2.5 billion in food ingredient exports to the United States are kosher.

A 2018 profile of SKS in The Jewish Press noted that you speak four languages. Which ones?

My father, zt”l, the Shatzer Meletzer Rebbe – who is my drive and inspiration in whatever I do in life – told me many times, “Whatever you do, lieg tzi kop.” To translate roughly: Whatever you do, put your mind and heart to it.

To whichever country around the globe I traveled for kashrus, the first thing I set my mind to was the language, so after 32 years in kashrus visiting about three dozen countries, I picked up a few languages in different levels. Yiddish, Hebrew, and English don’t count, do they? Then we have Mandarin Chinese, Cantonese Chinese, Spanish, Portuguese, etc. Is that four yet?

How did someone who grew up in a chassidic environment learn Mandarin and Cantonese?

The question should be: How did someone who grew up in the chassidishe world speak, read, and write English so well? Again, my father pushed us to read and write, and he used to test us if we understood what we read. If not, he would explain everything clearly.

How did you get into the kashrus field?

The first time I was exposed to kashrus was when I was 10 years old and my father took me to see shechitah and, generally, the kashrus of meat. He used to take me to factories, not even necessarily food factories, just to see how things work. So it seems I’m in the kashrus field almost 40 years.

What are some differences you’ve noticed in the world of kashrus over the last 30-40 years?

Is it easier or more difficult now for mashgichim to certify food factories than it was, say, 30 years ago?

It’s never easy to certify a plant. I have been going to China for 20 years. I know their culture and their shtick, and they still surprise me every time.

I just had an incident last week when I visited a plant-extract factory. I have been to more than a dozen extract factories in the last few years, so I was quite sure things would go well.

When I arrived in the factory, after the usual pleasantries, we started the rounds in the factory. As we went around, I told my hosts that I smell fish or seafood. It’s unusual for a plant-extract factory to smell like fish. My hosts looked me straight in the eyes and said, “There is no smell of fish.” I have learned that it is futile to argue with the Chinese. The only way is to check and double-check every door and room until I find the evidence.

So we continued and arrived in a room where I felt the smell the strongest. I saw some workers handling a powder. I asked them what that powder was, and my translator asked my hosts. They answered him that it was dried crab. My translator, not knowing that I understood what he is saying, started to explain to them that their answer is not good and they must find a better answer, so they said seaweed.

To make the story short, they confessed that it was seafood and said it was a one-time deal, etc. I have many similar stories – not just in China; it’s everywhere in the world.

How much does it cost for a company to receive kosher certification?

That’s like asking: How much does a house cost? How much does a car cost? It depends and varies in the classification of the factory or shop where it is located, how many times it is necessary for a mashgiach to visit – or maybe the mashgiach needs to be there all the time. Most of the cost goes into the expenses that the kashrus agency incurs.

What happens when the mashgiach is away?

There are many answers to this question. It depends on the factory and on the product they produce.

For example, if they produce a chemical product that has a very specific method of production by chemical reaction, it is impossible to change any ingredient. Not only can’t they use any other ingredient, but even if they use the same ingredients and change the reaction chain, they will get a completely different product or no product at all. These kinds of factories we visit four to five times a year. Most of the visits are surprise, unannounced visits.

If we are talking about a bakery that needs pas yisrael, then we have a mashgiach t’midi. When he goes home at night, he looks around, and when he arrives in the morning, he checks if things are the same. This is in addition to the mashgiach needing to approve each delivery of ingredients to the factory and so on. Each factory has a specific way to ensure everything is kosher and stays that way.

How many employees does SKS have?

We never save on manpower. The amount of employees we have – office staff and rabbinic – always coincides with the number of factories certified or applying to be certified.

Is SKS a hechsher one finds on products in supermarkets or do you certify only industrial ingredients?

We are mostly in ingredients and slowly expanding to supermarket products. But rest assured that any product you pick up in the supermarket, no matter which hechsher, will have in the ingredients at least two or three ingredients that are SKS-certified.

We are like the water company. Everyone uses it but you don’t pay too much attention to it. In general, we have very good working and professional relationships with most of the higher-standard hechsheirim – both general hechsheirim and heimishe hechsheirim. 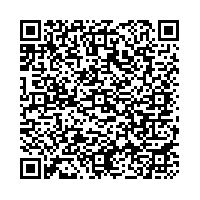