According to District Attorney Michael McMahon, the arrest was the result of a joint investigation of the DA’s Cyber Crimes Unit and the NYPD’s Racially and Ethnically Motivated Extremism Unit.

Aversano is charged with posting a sticker with a swastika on a rock in Wolfe’s Pond Park on Nov. 4, 2020, and on a van near Tysens Lane in New Dorp on Nov. 5. Later, from Dec. 31 and Jan. 1, she allegedly posted flyers issued by the New Jersey European Heritage Association (NJEHA).

According to the Anti-Defamation League, NJEHA is a small, New Jersey-based white supremacist group that espouses racism, anti-Semitism, and intolerance under the guise of “saving” white European peoples from purported imminent extinction. NJEHA spreads their hateful propaganda online and by distributing fliers in central New Jersey, and has organized and participated in white supremacist rallies and demonstrations.

NJEHA members hold the white supremacist worldview that unless immediate action is taken, the white race is doomed to extinction by a “rising tide of color” purportedly controlled and manipulated by Jews.

According to SILive.com, NJEHA has a growing presence on Staten Island and is under investigation by the district attorney’s office.

Judge Ron Castorina released Aversano on her own recognizance after her arraignment on Tuesday, on the condition that she refrain from using social media and stay away from the people she allegedly harassed with anti-Semitic materials. 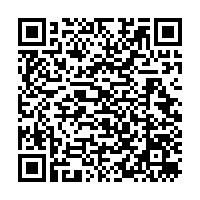