U.S. Secretary of State Mike Pompeo made an unscheduled stop in Iraq on Tuesday night to meet with that country’s president and prime minister, and canceled a scheduled visit to Germany due to what he called “pressing issues.”

Pompeo’s visit, intended to show U.S. support for “a sovereign, independent” Iraq, comes as tensions are rising between Washington and Tehran.

Intelligence sources reported to Washington that Iran had moved short-range ballistic missiles by boat, in the Persian Gulf off the Iranian coastline, an American official told reporters Tuesday, according to CNN.

That report was among a number of recent signals that Iran might be considering or preparing to attack U.S. forces or interests in the region, the official said, speaking on condition of anonymity. It was not clear whether the vessels were simply transporting the missiles to new locations, or represented a new military asset capable of use against U.S. forces, the official added.

President Donald Trump ordered the USS Abraham Lincoln carrier strike group and an Air Force bomber task force to the region on Sunday. The move was made as a deterrent, and in response to intelligence reports of a possible Iranian attack on U.S. forces.

It’s believed Iran may be weighing an attack in response to the Trump administration’s stepped-up sanctions against Tehran.

On Wednesday, Iran is expected to announce its partial withdrawal from the 2015 JCPOA nuclear deal it signed with world powers, according to the state-run IRNA news agency. The announcement comes a year to the day that President Trump pulled the U.S. out of the deal. The details of the withdrawal are not yet clear.

The U.S. no longer issues waivers for American allies who have been importing Iranian crude oil, which has been a major source of income for Tehran and a way for the Iranian regime to fund its terrorist proxy groups in the Middle East – including Hezbollah, Hamas and the Palestinian Islamic Jihad terror groups. 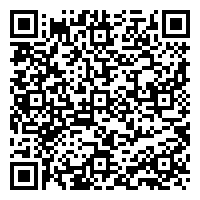