Rep. Ted Lieu (D-Calif.) accused U.S. Ambassador to Israel David Friedman on Thursday of dual-loyalty, a common anti-Semitic trope, posting in a now-deleted tweet, “Dear @USAmbIsrael: You are an American. Your allegiance should be to America, not to a foreign power.”

“You should be defending the right of Americans to travel to other countries,” he added. “If you don’t understand that, then you need to resign.”

Lieu’s statement was in response to Friedman defending Israel’s decision on Thursday to deny entry to Rep. Rashida Tlaib (D-Mich.) and Rep. Ilhan Omar (D-Minn.) due to their support of the anti-Israel BDS movement. Tlaib and Omar have each lobbed the accusation of dual-loyalty while in Congress.

In a statement, Friedman said that the United States “supports and respects” the Israeli move.

“The Boycott, Divestment and Sanctions (BDS) movement against Israel is not free speech. Rather, it is no less than economic warfare designed to delegitimize and ultimately destroy the Jewish state,” he said.

Friedman remarked that Israel “has every right to protect its borders against those activists in the same manner as it would bar entrants with more conventional weapons.”

He pointed out that the itinerary of the Tlaib and Omar leaves no doubt as to their motives. “In contrast to the nearly 70 freshmen members of Congress who just recently completed, or who are currently pursuing, a balanced visit to Israel that includes meetings with both Israeli and Palestinian leaders, the Tlaib-Omar delegation has limited its exposure to tours organized by the most strident of BDS activists.”

He went on to add, “This trip, pure and simple, is nothing more than an effort to fuel the BDS engine that Congresswomen Tlaib and Omar so vigorously support.”

On CNN, Lieu doubled down later on Thursday regarding his accusation.

“Actually, I think he should resign because he doesn’t see to understand that his allegiance is to America, not to a foreign power,” he said. “He should be defending the right of Americans to go abroad to other countries and to visit their relatives.”

On Friday, Israel did grant Tlaib entry on humanitarian grounds to visit her elderly grandmother in the West Bank, but the freshman congresswoman said she will not go.

“Silencing me & treating me like a criminal is not what she wants for me. It would kill a piece of me. I have decided that visiting my grandmother under these oppressive conditions stands against everything I believe in—fighting against racism, oppression & injustice,” she tweeted.

“It has been brought to my attention that my prior tweet to @USAmbIsrael raises dual loyalty allegations that have historically caused harm to the Jewish community. That is a legitimate concern. I am therefore deleting the tweet,” he tweeted.

It has been brought to my attention that my prior tweet to @USAmbIsrael raises dual loyalty allegations that have historically caused harm to the Jewish community. That is a legitimate concern. I am therefore deleting the tweet.

However, Lieu left his tweet praising Rep. Justin Amash (I-Mich.), saying that “as an American Member of Congress, your loyalty is to America, not a foreign government.”

Thank you @justinamash for understanding that, as an American Member of Congress, your loyalty is to America, not to a foreign government. Thank you for defending the right of Americans, even though they disagree with you politically, to travel to other countries. https://t.co/xEnG2vgFhs 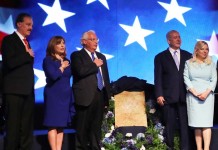 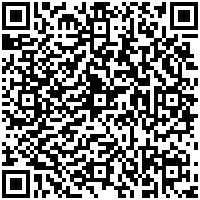