The Supreme Court in the British territory of Gibraltar has approved the release of an Iranian oil tanker that was seized last month by the United Kingdom, despite last-minute efforts by the United States to halt its release.

The supertanker Grace 1 was seized on July 4 by Gibraltarian authorities with assistance from British Royal Marines on suspicion of bringing oil to Syria in violation of sanctions in place by the European Union.

Gibraltar stated that it received guarantees from Tehran that the owners of the oil tanker would not take it to Syria. The United Kingdom made such on offer with that contingency nine days after the seizure.

“What we found aboard the vessel has confirmed the view that we took was the correct view. We have only released the vessel. … when we have been convinced that the vessel is not now going to Syria,” Gibraltar’s Chief Minister Fabian Picardo told CNN.

“Iran has made no commitment that the ship would not go to Syria because from the early hours of the tanker’s detention, we announced that Syria was not its destination and we have upheld the same … and reiterated that it was nobody’s business even if it was Syria,” said the country’s foreign ministry spokesman Seyed Abbas Mousavi, reported the semi-official Tasnim news.

“A last-minute intervention by the U.S. threatened to scupper the plan to release the Grace 1. In a court hearing Thursday morning, instead of announcing the release of the tanker, the Gibraltar attorney general’s lawyer Joseph Triay said the U.S. Department of Justice had applied to extend its seizure. The basis of Washington’s legal efforts was unclear Thursday,” reported CNN.

Iranian Foreign Minister Mohammad Javad Zarif tweeted in response, “Having failed to accomplish its objectives through its #EconomicTerrorism—including depriving cancer patients of medicine—the US attempted to abuse the legal system to steal our property on the high seas. This piracy attempt is indicative of Trump admin’s contempt for the law.”

Having failed to accomplish its objectives through its #EconomicTerrorism—including depriving cancer patients of medicine— the US attempted to abuse the legal system to steal our property on the high seas.

This piracy attempt is indicative of Trump admin’s contempt for the law.

Iranian Prime Minister Hassan Rouhani hinted about a possible exchange with one of the ships, the U.K.-flagged Stena Impero in exchange for Great Britain giving back Grace 1, an idea rejected by then-British Foreign Secretary Dominic Raab. 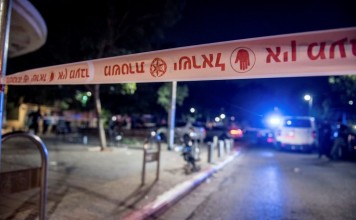