US President Joe Biden plans to meet with Israeli Opposition leader and former prime minister Benjamin Netanyahu next month during his visit to the Jewish State, according to the Hebrew-language Walla! News outlet.

Biden is set to meet with caretaker Prime Minister Yair Lapid when he arrives in Israel but has reportedly added Netanyahu to the list as well, Walla! reported, citing anonymous administration officials.


The president reportedly will make an effort to avoid the appearance of interfering in the Israeli elections that are likely to be held on November 1.

Despite the impending dissolution of the Knesset this coming week, White House officials said the president intends to continue with plans to visit the region, beginning with his scheduled visit to Israel July 13-14.

Biden will also visit the Palestinian Authority town of Bethlehem, on the southern outskirts of Jerusalem. He will then travel to Saudi Arabia for a meeting with regional leaders. 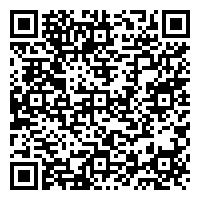