A “special source” quoted by the Saudi-owned news outlet said Israeli F-35 stealth fighter jets flew in Iranian airspace “more than once” in the past two months, successfully “evading Russian and Iranian radar.”


The source also told Elaph that Israeli submarines have reached Bab al-Mandeb, and even further, with the aim of conducting tracking and espionage operations as close to Iran as possible. (The Bab-el-Mandeb is a strait between Yemen on the Arabian Peninsula, and Djibouti and Eritrea in the Horn of Africa. It connects the Red Sea to the Gulf of Aden.)

Israel has carried out major aerial exercises in the past year, with some of the maneuvers taking place over the Mediterranean Sea, as well as in Greece, the Western Sahara in Morocco and elsewhere in the Middle East, the news outlet reported.

Moreover, Israel and the US have been carrying out joint maneuvers both secretly and publicly, aimed at preparing for a strike on Iranian nuclear facilities “when they are forced to do so,” the source said.

In light of these activities, “it is inferred that Israel will not strike Iran alone but will need the military assistance provided by the Central Command of the US forces in the Gulf (Centcom),” according to the report.

In addition to naval exercises with the United States and other nations in the region, Israel is also strengthening its naval coverage in the Red Sea and off the coast of Lebanon.

According to the report, the United States has provided Israel with “detection technologies for precision-guided Russian Yakhont surface-to-sea missiles, and other missiles owned by Iran’s Lebanese proxy, the Hezbollah terrorist organization.

In the Red Sea, Israeli submarines are closely monitoring the Iranian “Behshad” spy ship its escort, the frigate “Jamaran”, and the helicopter landing vessel, “Hingam” – all of which are seen by Israel as a threat to the Jewish State and its allies.

The source told the news outlet that he “does not rule out” a possible confrontation “soon” between Israel and Iran in the Red Sea, and with Hezbollah in the Mediterranean. 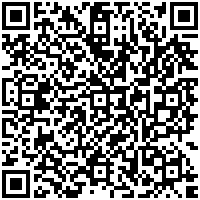