The prime minister allegedly also asked the president to allow Pollard to immigrate to Israel and to cancel the restrictive conditions currently in force against him.


According to a report published in the Hebrew-language edition of Israel Hayom, Netanyahu also said during his meeting with Trump on Monday that removing the restrictions on Pollard would allow Israel and the U.S. to end this chapter in their common past, and would be welcomed with great joy in Israel for its 70th Independence Day celebration.

Pollard was released in November 2015 from prison during the Obama administration, after serving 30 years in prison – the longest term ever handed down for a single charge on spying for an allied nation — and was then placed under restrictive conditions for an additional period of five years.

He was ordered to live in New York, to observe a night curfew, and to wear an electronic cuff that is intended to also monitor his computer and mobile phone, in addition to agreeing not be interviewed by the media.

Last year, the Federal Court of Appeals in Manhattan rejected Pollard’s request to ease the terms of his release.

According to an Israeli source, the United States also stipulated that even if Pollard were to be deported to Israel, some of the restrictions would continue to apply to him; and Israel reportedly agreed to the request. 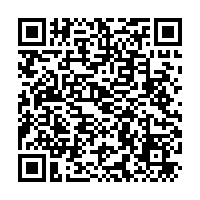