The United States expects to launch a massive testing of the most promising vaccines, with more than 100,000 volunteers, in order to deliver a safe and effective vaccine by the end of 2020, Reuters reported Friday, citing scientists involved in the project which compresses 10 years of vaccine development and testing into half a year.

On May 15, the Trump Administration announced the appointment of Moncef Slaoui as chief advisor and General Gustave F. Perna as chief operating officer of Operation Warp Speed (OWS), the administration’s national program to accelerate the development, manufacturing, and distribution of COVID-19 vaccines, therapeutics, and diagnostics (medical countermeasures).


Dr. Slaoui is a venture capitalist and, formerly, Chairman of Global Research and Development and Chairman of Global Vaccines at GlaxoSmithKline, where he led the development of five major novel vaccines. As the four-star general in charge of the U.S. Army Materiel Command, General Perna oversees the global supply chain and installation and materiel readiness for the U.S. Army, including more than 190,000 military, civilian, and contract employees.

Operation Warp Speed aims to have substantial quantities of a safe and effective vaccine available for Americans by January 2021.

Defense Secretary Mark T. Esper said that “in addition to deploying 62,000 military service members in direct support of fighting COVID-19 on frontlines across the globe, the Department of Defense is racing towards a vaccine. Through our research and development labs such as DARPA and the Defense Health Agency, and our massive logistical knowledge and capacity, we are committed to achieving the goal of Operation Warp Speed for the American people. I am confident that, as with any mission our military undertakes, we will adapt and overcome all obstacles in our path.”

There are three core areas where the effort will accelerate the timeframe for countermeasures, including a vaccine, reaching the American public: 1) development, 2) manufacturing, and 3) distribution. The Trump Administration is committed to making these countermeasures affordable for the American people. As a condition of receiving support from Operation Warp Speed, companies will provide a donated allocation of countermeasures developed, including an eventual vaccine.

Congress has directed almost $10 billion to this effort through supplemental funding, including the CARES Act, and Congress has appropriated other flexible funding. Over $6.5 billion has been designated by Congress for countermeasure development through BARDA, along with $3 billion for NIH research. 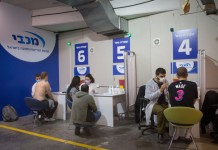 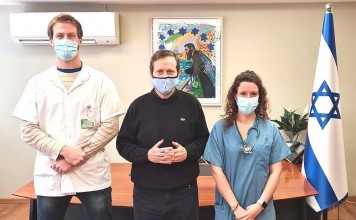