Senator Ted Cruz (R-Texas) on Wednesday issued a statement in response to the Permanent Subcommittee on Investigations report that showed the Obama Administration secretly authorized Iranian access to the US financial system in order to hasten the nuclear deal. Cruz has been an adamant opponent of the 2015 Joint Comprehensive Plan of Action, the international nuclear agreement with Iran negotiated by the Obama administration and five other world powers, calling it “catastrophic” and “disastrous.”

“The Obama Iran nuclear deal was a devil’s bargain, but one exclusively designed to help the devil,” Sen. Cruz stated. “The Obama administration covertly greased the nuclear deal with bribes and secret agreements that made it even worse for America. Over the years we’ve discovered some of them: There was the nuclear side deal to let Iran inspect itself. There was the ransom deal that gave Iran $1.7 billion in cash. There were several wire transfers from America to Iran, ranging from roughly $1 million to $10 million, including a purchase of excess nuclear-related material that Iran never should have been producing and America did not need from them.


“Now a Senate investigation has revealed the Obama administration was even working in secret to circumvent the weaker sanctions left over from the nuclear deal – and they were lying to Congress about it. They subordinated American law and the U.S. financial system to the deal, hatching a scheme that would have put the U.S. dollar and U.S. banks to work moving money for the Iranians.

“We owe it to the American people to get to the bottom of whatever else the Obama administration sacrificed at the altar of the Iran deal. It is well past time to make available all of the many unclassified documents outlining what Iran was actually promised. What other secret agreements were there? What other things were companies encouraged to do? What other officials were involved in schemes to subvert American sanctions? I intend to work with my colleagues to redouble our efforts to find out.” 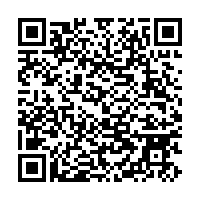