A Russian delegation, which includes a senior Russian intelligence official, is currently visiting Israel and on Wednesday met with Defense Minister Avigdor Liberman, Israel Radio reported Thursday. The visit is part of the efforts to rearrange the active players in southern Syria. The delegation is expected to hold meetings with additional Israeli security officials, as part of an attempt to reach understandings between the two countries that would lead to the removal of Iran from the Syrian-Israeli border and the return of the Assad regime to the region.

Meanwhile, in recent days it has been reported that Russia is deploying military and military police units along the border between Syria and Lebanon, a move the Russians have undertaken without prior coordination with Hezbollah, which sees itself as the owner of that area. Conflicting Arab media reports suggest the Russian forces were deployed to prevent a confrontation between Israel and Iran, but also that the Russian forces have since pulled out from the area because of tension with Hezbollah, and were replaced by the 11th Division of the Syrian Army.


Earlier this week, Prime Minister Netanyahu told German Chancellor Angela Merkel that “the Iranian military presence right now in Syria includes about 18,000 Shiite militia, commanded by Iranian commanders. These Shiite militias come from Afghanistan, from Pakistan, from other places, and they have a specific goal, a military goal, but also a religious goal. Iran wants to increase the number of such militia to 80,000 and to basically conduct a religious campaign in largely Sunni Syria. Syria is 96% Sunni, but try to convert Sunnis. This will inflame another religious war. This time a religious war inside Syria, and the consequences would be many, many more refugees and you know exactly where they’ll come.

“The ability to increase four-fold, five-fold the number of militias that are there depends, among other things, on money, and the money comes from Iran. Until recently, it came—from among other places—from the JCPOA. This is not a false argument; it’s a true argument. We have seen that they have used about 25 billion dollars from proceeds that they got in one way or another from the easement of sanctions in Yemen, in Syria, in Lebanon and elsewhere.”

According to recent reports, as part of an arrangement along its Syrian border, Israel is exerting pressure to restore units of the United Nations Protection Force (UNPROFOR) to their positions on the Golan Heights. These days, most of the UN force’s posts have been abandoned. Israeli political sources told Israel Radio: “Talks about the day after in Syria further underscore Israel’s desire that the UN forces return to their positions in Syria and fulfill their mandate.” 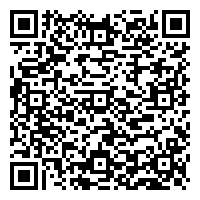