Nesya grew up attending Jewish day schools, and has spent a significant amount of time in regular visits to the old country with her family. She also participated in touring and learning programs in Israel.


Nesya has been planning to move to Israel for some time, as she feels a responsibility to live in Israel and strengthen the country through her Aliyah.

“I’ve wanted to make Aliyah ever since my 8th grade school trip, and am overjoyed to have finally accomplished that goal! Making Aliyah alone is intimidating, but I truly believe that this is where I need to be,” she said, adding, “Jews have been praying for a return to Israel for millennia, and I’m fortunate enough to live in a time when such a return is possible. Why would I live anywhere else? Israel is my home, and I can’t wait to see what my future here will bring.”

Her Aliyah was through Nefesh B’Nefesh, in cooperation with the Ministry of Aliyah and Integration, the Jewish Agency of Israel, Keren Kayemeth LeIsrael and JNF-USA. The 20-year-old will be attending Ulpan at Kibbutz Sde Eliyahu upon her arrival to improve her Hebrew skills in preparation of beginning a year volunteering for National Service.

Joseph Isadore Lieberman (born February 24, 1942) was a United States Senator from Connecticut from 1989 to 2013. As member of the Democratic Party, he was the party’s nominee for Vice President in the 2000 election. He has since become an Independent.

Ear to the Ground

Aliyah and Keeping Young with Yisrael 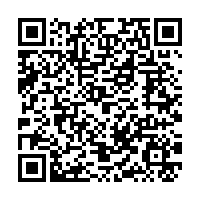