The family of 19-year-old Yehuda Guetta, a student at the Itamar Yeshiva who was murdered on May 2 by Palestinian Authority terrorist Muntasir Shalabi, 47, is praising Israel after US criticism of Israel’s demolition of the killer’s home.

The demolition was carried out while a bipartisan Congressional delegation led by House Foreign Affairs Committee chairman Gregory Meeks (D-New York) was in the country for a visit.

Yehuda’s family issued a statement in support of the Israeli government for its actions.

“We congratulate the security forces, the IDF and the Shin Bet, as well as the High Court and the judges who blocked the left-wing organizations that did everything in their power to undermine the IDF’s deterrence,” the family’s statement said.

“There is no doubt that the defense establishment and judicial system’s resistance to these attempts strengthens the ability to deter potential terrorists and increases the security of Israeli citizens.”

Binational Shooter Killed One, Injured Two
Yehuda, a resident of Jerusalem was killed, and two other students were wounded in the drive-by shooting that took place at the Tapuach Junction in Samaria.

The suspect, Shalabi, is a dual US-Palestinian Authority citizen.

Guetta was waiting at the bus stop in the evening hours with two other yeshiva students when Shalabi drove up to the stop, shouted “Allahu Akhbar!” (Islamic war cry, “God is Great!”) and opened fire. When the handgun he was using jammed, he drove away with IDF soldiers firing their weapons at him. One bullet hit him, but he managed to flee anyway to the town of Aqraba. IDF soldiers who later found the vehicle discovered that locals have torched it to destroy any evidence.

Three days after the attack, Shalabi was captured just an hour after Yehuda succumbed to his wounds. Two other wounded students survived. The victim was laid to rest at the Har HaMenuchot cemetery in Jerusalem.

Israeli Policy to Demolish Homes of Palestinian Killers
It is official Israeli policy to demolish the home of every terrorist who murders an Israel. Several legal challenges were made in court to try and stop the demolition, which was approved in a unanimous ruling on June 23 against the petitioners.

At the time, the judges said the need to provide a deterrent against future terror attacks weighed more than the need for consideration of the possibly uninvolved family members related to the terrorist.

In fact, the court confirmed, Shalabi – age 47 – owned the house in Turmus Ayya and lived there; he had renovated it as well.

At the Judea Military Court, Shalabi was charged with intentional homicide, three counts of attempted homicide, possession and use of an unlicensed weapon and obstruction of justice.

IDF engineers carefully mapped out the structure to ensure no other building surrounding the home would be damaged.

US Condemns Demolition of Killer’s Home
In response, a spokesperson for the US Embassy in Israel said, “As we stated numerous times, the home of an entire family should not be demolished for the actions of one individual.

“We believe it is critical for all parties to refrain from unilateral steps that exacerbate tensions and undercut efforts to advance a negotiated two-state solution.

“This certainly includes the punitive demolition of Palestinian homes,” the US statement said.

US Secretary of State Antony Blinken had personally intervened in the case, speaking to a “senior Israeli counterpart” prior to the demolition, Price said.

Bennett: ‘Acts Solely in the Interests of Israel’
In response, the office of Prime Minister Naftali Bennett said in a statement of its own, “The prime minister appreciates and respects the American administration.

“At the same time, he acts solely in accordance with the security considerations of the State of Israel and the protection of Israeli citizens’ lives,” the statement said.

Although the demolition was delayed – some reports say the delay was due to US objections over the move – it was carried nevertheless carried out on Thursday, July 8.

US: ‘Critical Need to Lower the Temperature’
US State Department spokesperson Ned Price told reporters the next day that the US will prioritize pressuring Israel to end its policy of demolishing the homes of Palestinian Authority killers.

“We attach a good deal of priority to this, knowing that the home of an entire family shouldn’t be demolished for the action of one individual,” Price said.

“There is a critical need to lower the temperature in the West Bank. Punitive demolitions exacerbate tensions at a time when everyone should be focused on principally ensuring calm,” he added. 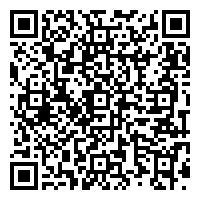