Speaking from his Mar-a-Lago club in Palm Beach, Florida Tuesday night, the 45th President, Donald John Trump, 76, announced his plan to become the 47th President in 2024. Only one other president, Grover Cleveland, a Democrat, ran for a second term four years after leaving the White House. He won.

“In order to make America great and glorious again, I am tonight announcing my candidacy for president of the United States,” Trump told his audience of several hundred supporters, as well as millions of Americans at home, and added: “There has never been anything like it, this great movement of ours… And perhaps there will never be anything like it again. America’s comeback starts right now.”

Interestingly, one of the first responses to the former president’s announcement came from his daughter, Ivanka, who issued a statement saying, “While I will always love and support my father, going forward I will do so outside the political arena.”

On March 29, 2017, Ivanka was appointed First Daughter and Advisor to the President, an unpaid government position. Not anymore, apparently. “This time around, I am choosing to prioritize my young children and the private life we are creating as a family, I do not plan to be involved in politics,” she said.

Her father told the nation: “Under our leadership, we were a great and glorious nation. But now, we are a nation in decline. We are a failing nation.” And he explained: “The decline of America is being forced upon us by Biden and the radical left lunatics who are running this country into the ground.”

Trump ran his first two elections from campaign headquarters in New York and Virginia. This time around, the Trump campaign will be operating out of Mar-a-Lago, at least for now.

Trump was blamed by many Republicans, some of whom used to be his supporters, for the GOP’s failure to make good on the promise of a “red wave” (some even predicted a “red tsunami”). None of the five Senate candidates he endorsed and supported with personal appearances at their campaigns won – with the exception of Herschel Walker who squeezed into a runoff election next month in Georgia.

The Republican Jewish Coalition responded to Trump’s anticipated announcement with a 2024 Presidential straw poll it emailed its members. The list includes President Donald J. Trump, Governor Ron DeSantis, Vice President Mike Pence, Secretary of State Mike Pompeo, U.N. Ambassador Nikki Haley, Senator Tim Scott, Senator Ted Cruz, and, of course, Other. Feel free to go and cast your choice here. You’ll be transported to a page where they’ll ask for your personal information and a donation, but you’ll have the satisfaction of participating in the 2024 race back in 2022.

Then there’s also the annoying fact that Trump is in the midst of escalating criminal investigations, with indictments to start rolling in well before the start of the GOP nomination race. Those should help Trump’s opponents (see the list above) depict him as a burden on the party rather than the asset he used o be. Of course, at least three of them were ushered by him into their national exposure, but politics is a blood sport.

The short of it is that Donald Trump could win the presidency again if he manages to restrain Donald Trump. If he focuses on the Democratic weaknesses: the economy, border security, and crime, he could beat anyone the Democrats might throw into the ring against him. But if he concentrates instead on how his election was stolen in 2020, and the injustice of the indictments against him – he won’t even make it through the nomination fight. 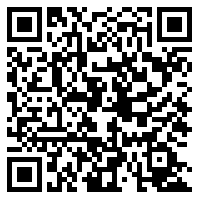